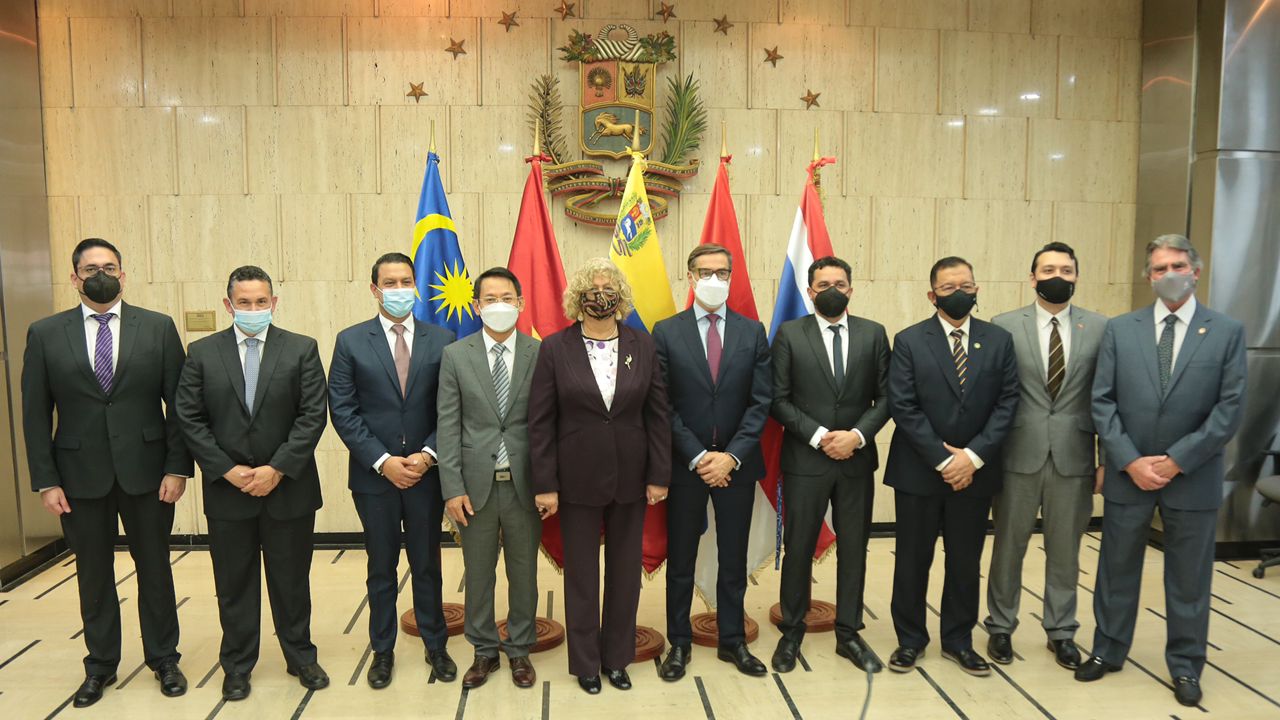 The meeting was attended by representatives of the Venezuelan government in charge of energy, mining, gas, agriculture, foreign trade, investment, tourism, and infrastructure, and the ASEAN member countries’ ambassadors and consuls accredited to Caracas to exchange information on the cooperation and integration potential of Venezuela, Latin America and the Caribbean and the ASEAN.

The minister of People’s Power for Foreign Affairs, Félix Plasencia, in the company of the foreign vice-minister for Asia, the Middle East and Oceania, Capaya Rodríguez, welcomed the guests to this important meeting, where Plasencia stressed that “the goal is to strengthen our political and cooperation relations with all the ASEAN member countries, as it is a priority to improve the already existing relations and move forward with cooperation mechanisms in areas of common interest.”

“In our region, we have historically been leaders in our efforts for freedom and sovereignty as a friendly, close country making efforts to consolidate the cooperation, integration and solidarity-based processes. This has been the core of our foreign policy,” sad foreign minister Plasencia.

In his statement, he highlighted Venezuela’s joint work with these Asian fraternal nations.

“We share leadership in the defense of multilateralism and peace, and the rejection to the illegal imposition of unilateral coercive measures at international fora such as the Non-Aligned Movement (NAM), the UN General Assembly, and the UN Commission on Human Rights in Geneva.”

The Asian diplomatic representatives explained their countries’ strengths and interest in the energy, agriculture, mining and tourism areas, among others, where Venezuela features a diverse, exportable offer and a wide array of investment projects for countries in other regions of the world, as outlined by the Venezuelan vice-ministers, who highlighted Venezuela’s policy of internationalization and promotion of the country’s potential and the Anti-Blockade Law as a tool allowing for boosting the business opportunities offered by the South American country.

“ASEAN is undoubtedly an association of countries that represents a bloc with a huge significance for integration in the world,” said Plasencia.

The Venezuelan foreign minister also recalled Venezuela’s and the ASEAN countries’ existing bridges. “Venezuela means Petrocaribe, CELAC, ALBA-TCP. They all are possibilities offered for a union with the Southeast Asian countries,” stressed Plasencia.

Finally, the Venezuelan foreign minister underlined that Venezuela is willing to continue strengthening ties with ASEAN member countries and invited all diplomats to further meetings to strengthen relations of peace and brotherhood.