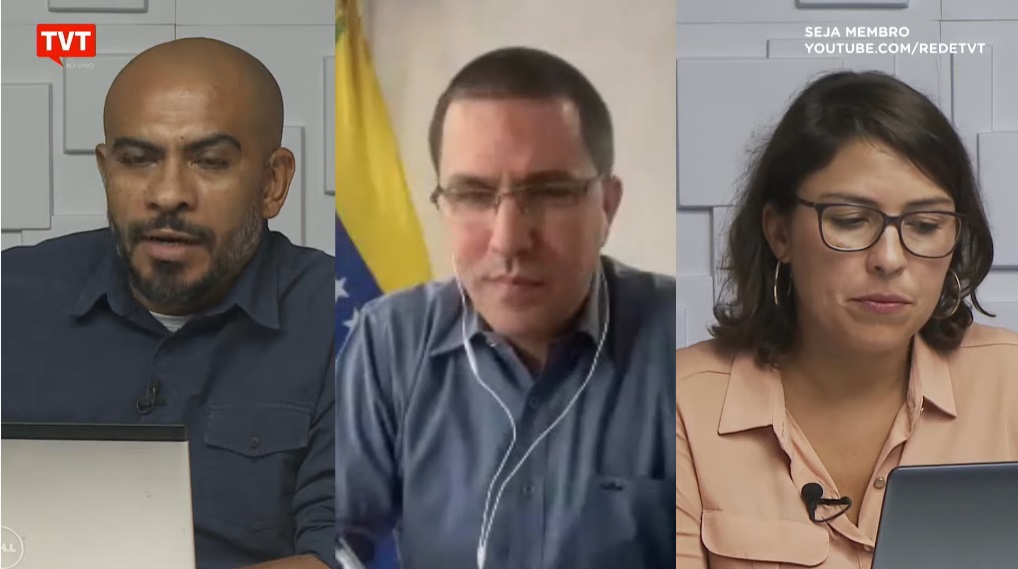 In an interview granted this Sunday to the Brasil TVT Magazine, the People’s Power Minister for Foreign Relations, Jorge Arreaza, ratified that the Bolivarian Government of Venezuela, at the instruction of President Nicolás Maduro, made available to the Amazonas state of Brazil the hospital oxygen that is produced in Bolívar state to attend the health contingency generated by the COVID-19 pandemic in the city of Manaus, capital of this northwestern Brazilian state.

He specified that after communication with the governor of Amazonas (Brazil), Wilson Lima, a binational mechanism was activated and, “at this moment, the trucks with the oxygen cylinders are going to transfer through Bolívar state; tomorrow morning they must be in Roraima and at night they must reach Manaus.”

When asked about the situation of the pandemic in Venezuela, the diplomat asserted that the control measures applied have been effective and that, for example, in Bolívar state, where the oxygen that is transferred to Brazil is produced, 96% of the intensive care beds are unoccupied, “that’s why we have enough oxygen to send” to the neighboring country.

Likewise, when asked how the people of Brazil can repay the solidarity shown by Venezuela in this contingency, the Foreign Minister indicated that it is important to be able to establish common political and health communication to address the situation at the border, coordinate medications, treatments, ambulance transfers, and the issue of biological security in the migratory flow; However, in this case, “our solidarity is from the heart, it is Bolivarian, we do not aspire anything in return, we only want the Brazilian families to tell us tomorrow: My mom or dad was saved thanks to the oxygen that arrived on time from Venezuela.”