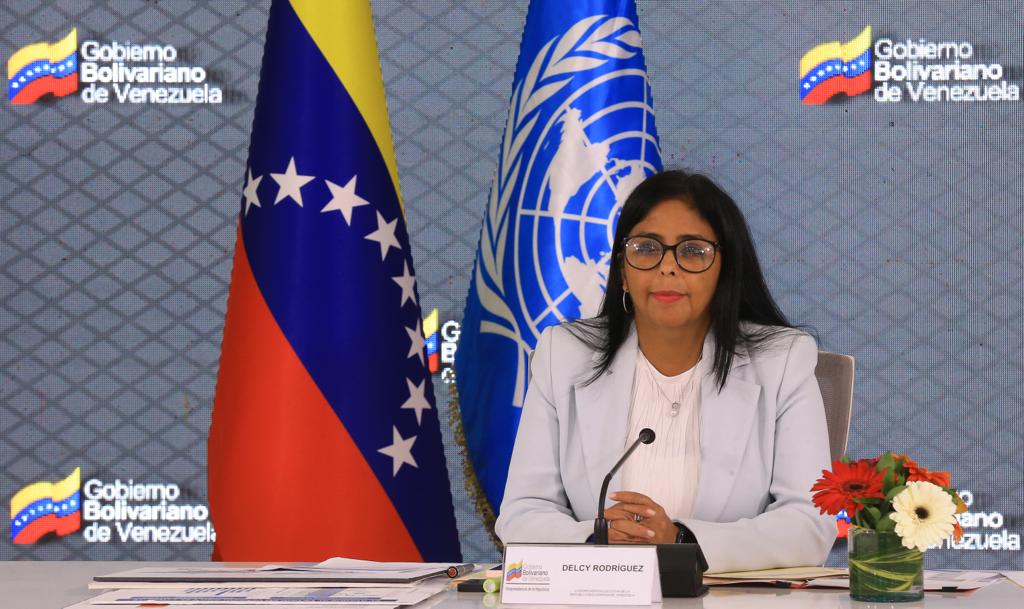 “We want to thank the many countries that have highlighted the impact of Unilateral Coercive measures on the enjoyment of Human Rights”, said the Executive Vice-president of the Republic, Delcy Rodríguez, after the intervention of more than 190 countries, during the presentation of the III Universal Periodic Review on Human Rights before the United Nations Organization (UN), held in Geneva (Switzerland).

From Caracas, the Executive Vice-president greeted the majority of countries that have had constructive proposals and messages acknowledging the progress that Venezuela has made, even in the face of the terrible conditions generated by the unilateral coercive measures imposed by imperial countries, which have impacted forcefully in the Venezuelan population.

In this context, Rodríguez stressed that this Universal Periodic Review is an instrument that allows the sincere study of Human Rights, and must be framed in the principle of impartiality “with no double standards, no political instrumentalization, so that we can ensure a more humane humanity”.

She also took the opportunity to demand before the world the cessation of unilateral coercive measures against Venezuela and all the peoples of the world, who for years have been victims of these criminal measures that threaten the well-being of free and sovereign peoples, at the same time, she also demanded that countries that apply this type of measure “cannot be part of the United Nations Human Rights Council”.

Finally, Delcy Rodríguez extolled that Venezuela has joined all efforts to nullify the perverse effects of the capitalist model, predatory through inequality and violence.