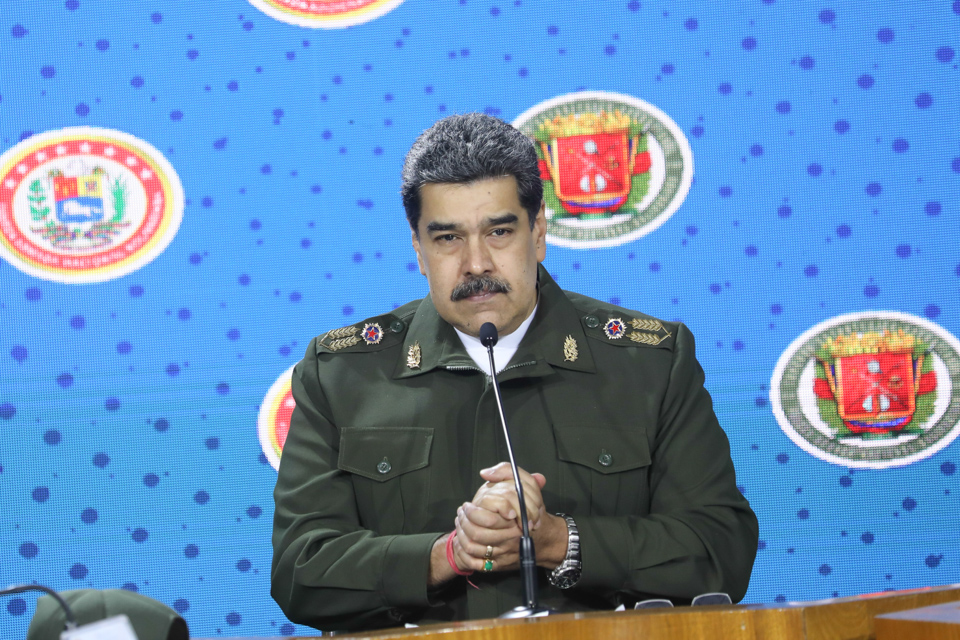 The President of the Republic, Nicolás Maduro Moros, recognized the effort and sacrifice of all the soldiers of the Bolivarian National Armed Forces (FANB) who during the year 2021 guaranteed the triumph of peace, stability and internal security of Homeland.

“I feel great admiration for the discipline, for the values, for the morale of the Bolivarian National Armed Forces, every day I learn from that morale, from that experience, from that awareness”, he said during the New Year’s Eve Salutation Act to the military body.

He exhorted the soldiers to be proud of the achievements made in 2021, while calling not to lower their guard in the face of the constant imperial threats to which the country is subjected.

“2022, let no one lower their guard! Let us keep our soldiers as permanent sentinels to guard their military unit, to guard the community, to guard our people. We feel proud of being part of that history, the great history of united Venezuela, of patriotic Venezuela, of socialist Venezuela. New battles and new victories will come in 2022”

Said the Head of State from the General Command Post of the Strategic Operational Center of the Bolivarian National Armed Forces (CEOFANB).

Likewise, he highlighted the work of the Military High Command, the officers and the Bolivarian Military Academy on strengthening discipline, revolutionary morale and leadership within the nation’s military force.

“Our military academies shine for their academic capacity, for their leadership, for their moral, for their pedagogy, and they are the cradle where every year military leaders are forged, the military force of the future”, said the national leader.

In this context, he urged the Venezuelan people to invigorate the civic-military union.

“We must get closer to the Armed Forces as a people, every day a little bit more, take advantage of this historic time that our Commander Chávez opened 30 years ago for the reunion of the military force of Bolívar and the people of Bolívar”, urged the national representative.