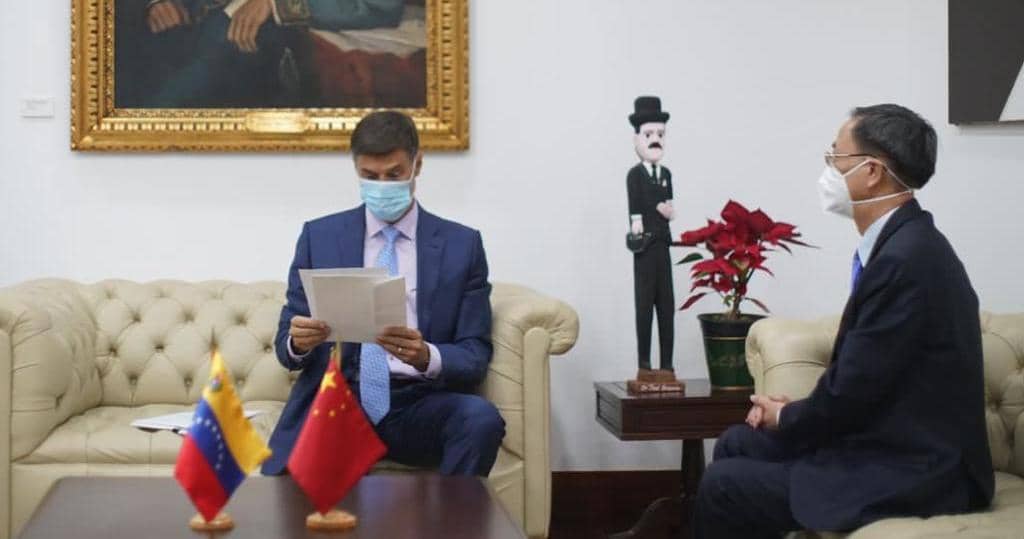 The People’s Power Minister for Foreign Relations, Félix Plasencia, received in his office, in Caracas, the ambassador of the People’s Republic of China accredited in Venezuela, Li Baorong, with whom he talked about issues inherent to the deepening of the Comprehensive Strategic Association between the two countries, agreed by Presidents Nicolás Maduro and Xi Jinping.

Among the topics discussed is the invitation received by the Venezuelan Foreign Minister from his Chinese counterpart, Wang Yi, to participate in the III Ministerial Meeting of the China-Celac Forum (Community of Latin American and Caribbean States), scheduled for next December 3th.

Minister Plasencia and his counterpart from China spoke in New York on September 27, within the framework of the 76th session of the UN General Assembly, about “continuing to work together for our integral development in all multilateral forums and international spaces”.

Venezuela and China established diplomatic relations on June 28, 1974, but since Commander Hugo Chávez assumed the presidency in 1999, the ties of cooperation and solidarity have been strengthened until reaching the level of strategic association, through a mixed commission between the two governments, which has reached beneficial agreements for both peoples in matters of health, technology, education, security, culture and trade, among others.