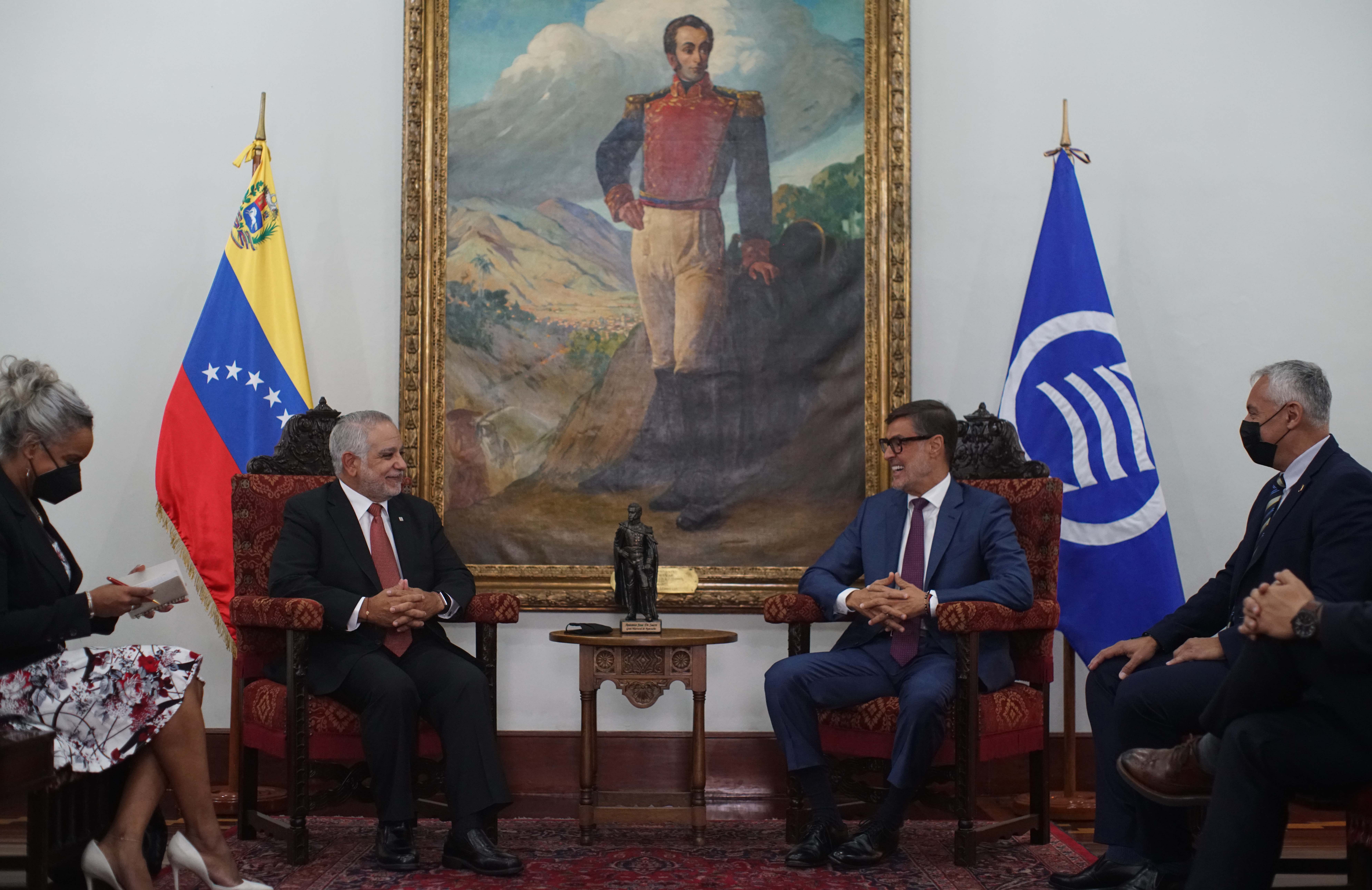 At a meeting in Caracas, Foreign Minister Félix Plasencia and the Secretary General of the Association of Caribbean States (ACS), Rodolfo Sabonge, reviewed issues related to the regional agenda, including tourism, transport, trade and climate change.

In a statement delivered to the press, the Venezuelan foreign minister pointed out that they also discussed the deepening of tourism policies, an area with a great potential in the region.

Likewise, he said they address the ACS Secretary General’s structural proposal to deepen the association’s efforts for the benefit of the citizens of the ACS member countries, aiming to a greater international projection.

In this regard, Plasencia said that the in addition to the Caribbean states, observers from regions like Africa, Asia, the Middle East and Europe will also participate as observers in the forthcoming regional elections.

Secretary General Sabonge thanked the Bolivarian Government for the courtesy and described this moment of this visit as historical because of the challenges in the region to face the impact of the COVID-19 pandemic and climate change.

“This moment is the future of multilateralism, and we think these common problems can only be solved if all the countries, members and associates in the region are united,” said Sabonge.

The ACS secretary general said that they addressed central issues such as tourism as Venezuela is the current President of the Special Committee of Tourism, and other issues that are key to the future development of the region such as transport, climate change, disaster risk reduction and improvement of regional trade.