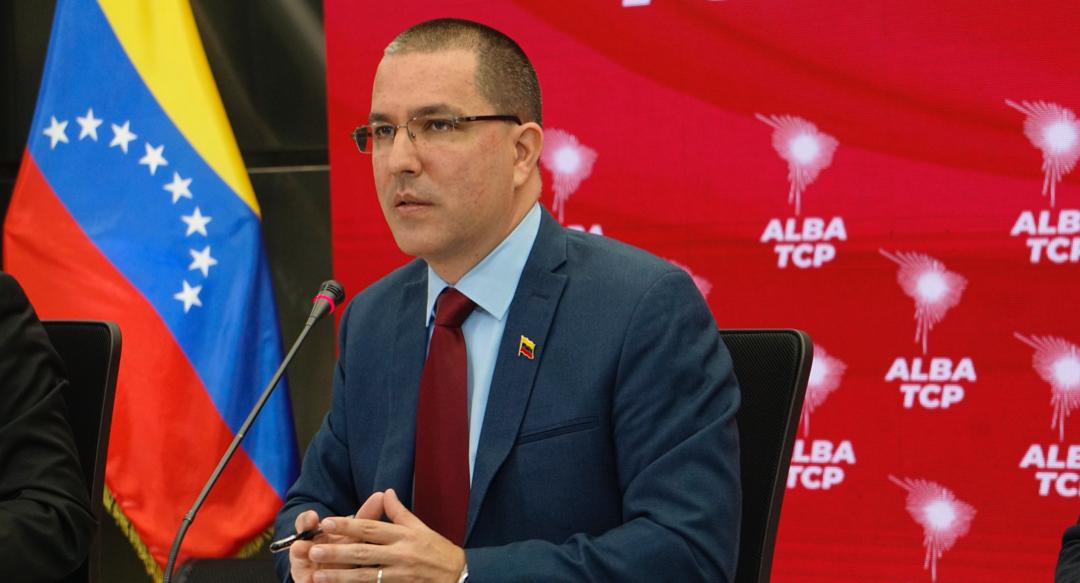 At the 21st Political Council of the Bolivarian Alliance for the People of Our America-People’s Trade Treaty, the Venezuelan Foreign Minister, Jorge Arreaza, advocated that this organization become the driving force of the integration process in Latin America and the Caribbean.

“Our Alliance must be the core of Celac,” he urged when explaining that ALBA-TCP relies on member states from South, Central America and the Caribbean, and can coordinate joint positions in multilateral organizations on the basis of the regional bloc’s principles such as cooperation, solidarity, complementarity.

The Venezuelan diplomat recognized the work carried out by the ALBA-TCP Executive Secretary, Sacha Llorenti, in the reactivation of the regional integration bloc, and praised the fact that virtual meetings have been held for the post-pandemic recovery in strategic areas such as health, education, economy, agricultural production and food.

Foreign Minister Arreaza announced the Meeting of Communication Ministers will be held in two weeks as the impact of social media and the North’s hegemony over them is a fundamental issue.

Arreaza urged the region’s integration mechanisms to coordinate efforts “to develop our own apps, our own social networks in our languages, with our own features, security and liberties.”

Regarding the meeting’s declaration, the Venezuelan foreign minister highlighted principle-based positions such as the rejection to the U.S. blockade against the Republic of Cuba and the unilateral coercive measures against the Bolivarian Republic of Venezuela as they also have a negative impact on other countries, trade and projects such as Petrocaribe.

Arreaza noted that the declaration includes congratulations to the Plurinational State of Bolivia for its people’s capacity to defeat the 2019 fascist, imperialist coup and its return to ALBA after Luis Arce’s victory in 2020.

Finally, the Venezuelan foreign minister urged the new U.S. Government “to respect the countries of the Bolivarian Alliance, establish cooperation relations, within the framework of the UN Charter, enable joint work, and respect the domestic affairs of our countries.”