Venezuela and Cuba will create Binational Observatory to assess the impact of illegal US measures. - MPPRE 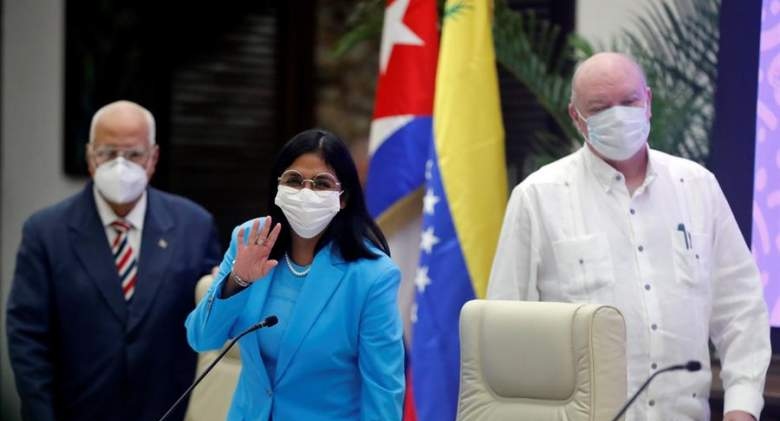 Venezuela and Cuba agreed this Saturday to create a Binational Observatory to evaluate the impact of the unilateral coercive measures imposed by the United States Government (USA) on both nations, reported the Executive Vice-president of the Bolivarian Republic of Venezuela, Delcy Rodríguez.

“We have agreed to create a binational observatory to follow up on unilateral, illicit and illegitimate coercive measures against Cuba and Venezuela”, said the Executive Vice-president in statements transmitted by the multistate TeleSur.

The announcement comes after a meeting with the Minister of Foreign Trade and Foreign Investment, Rodrigo Malmierca, in a working session carried out by the Executive Vice-president in Havana, Cuba.

This delegation is also made up of the Minister for Science and Technology, Gabriela Giménez; the Minister for Health, Carlos Alvarado and the president of Petróleos de Venezuela (PDVSA), Asdrúbal Chávez.

During the day, the Executive Vice-president met with the president of the island, Miguel Díaz-Canel, as well as the Vice prime minister, Ricardo Cabrisa.

For their part, the health authorities of both nations held a meeting to analyze the treatments and new actions to implement in the fight against the COVID-19 pandemic.