Venezuela and Cuba: united people in defense of their sovereignty in the face of imperial attacks - MPPRE 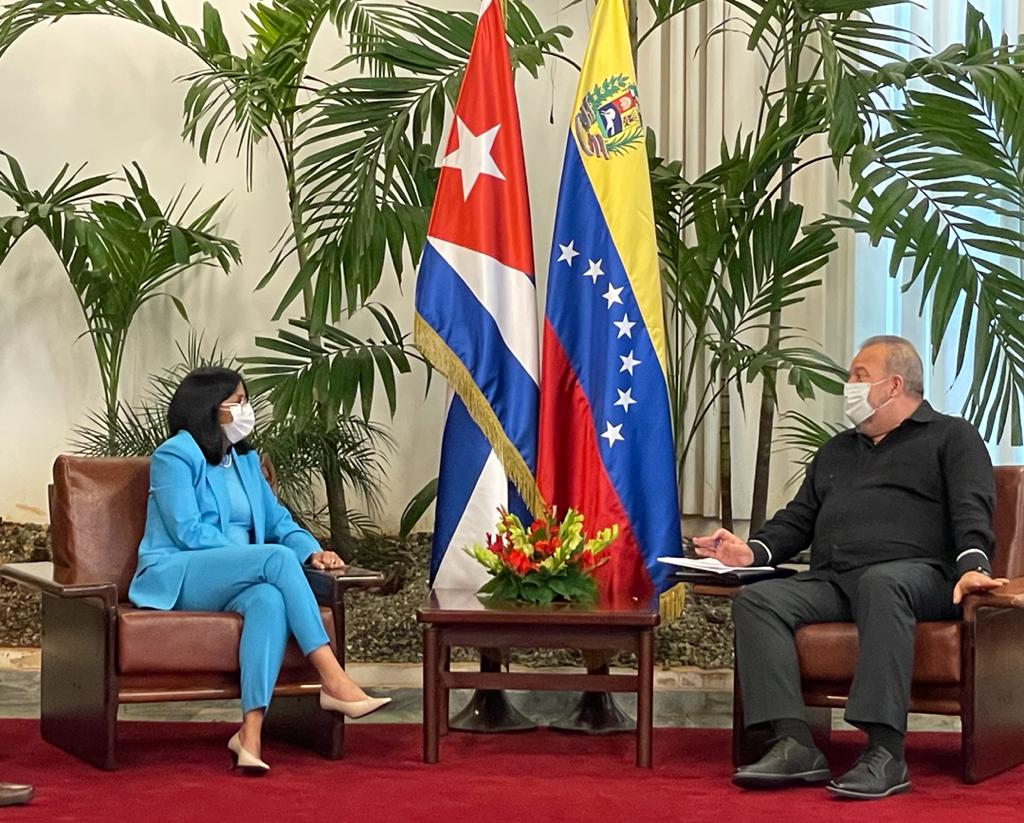 The Executive Vice-president of the Republic, Delcy Rodríguez, met this Saturday with the Prime Minister of Cuba, Manuel Marrero, in order to discuss and deepen aspects concerning the defense of sovereignty against the criminal sanctions applied by the Government of the United States to the peoples of Venezuela and the island nation.

With the participation of the delegations of both nations, the authorities discussed the recent action that took place nine days after the end of Donald Trump’s mandate, with the purpose of continuing with the policy of asphyxiating the island’s economic system, which has been severely affected by the imperial blockade imposed for decades.

Both nations are facing the onslaught of North American imperialism, however, the response by President Nicolás Maduro and his counterpart, Díaz Canel, has been to maintain unity, solidarity and closeness between the two countries, in order to continue building a society of justice and welfare for their people.