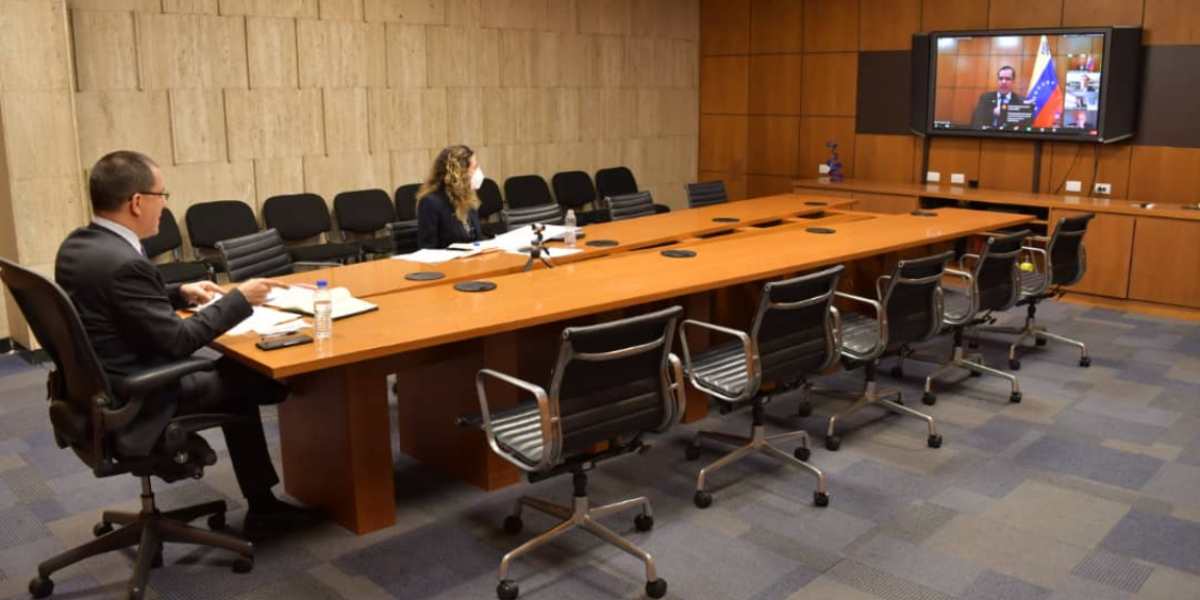 Minister of People’s Power for Foreign Affairs, Jorge Arreaza, said on Wednesday that the COVID-19 pandemic has sparked a global reflection of peoples and governments, exposing the inefficiency of the capitalist system to face the crisis caused by the sanitary emergency.

In his statement at the Fourth Meeting of the Presiding Officers of the Regional Conference on Social Development in Latin America and the Caribbean of the Economic Commission for Latin America and the Caribbean (ECLAC), the Venezuelan diplomat reiterated that “it has been proven that the formula of neoliberalism, of the absolute liberty of monopolies (…), of the concentration of power, wealth, capacities and technologies, is not valid, nor is it useful for the peoples, not even for those in countries that have concentrated power and economic dominance in the last decades.”

Arreaza highlighted that proof of this is the COVID-19 situation in European countries and the United States, the most affected ones, being the U.S. territory where most cases and deaths have been reported in the world.

“At some point, we witnessed a war for facemasks, tests, supplies and respirators that revealed the wild side of the (capitalist and neoliberal) system,” he stressed.

However, Foreign Minister Arreaza celebrated that “the intervention of multilateralism, the coordination of the World Health Organization and the United Nations System, despite the attacks and aggressions of some governments, set out guidelines to handle the impact of the pandemic.”

In this regard, he mentioned the central role of States to safeguard the wellbeing of their people.

“We won’t be able to deal with this pandemic or future health contingencies with undermined States, with health systems in the hands of private sectors that only seek profits and fail to meet the needs of the life and health of our peoples,” he said.

Venezuela’s actions against the pandemic

At the meeting held within the framework of the XII Ministerial Forum for Development in Latin America and the Caribbean, Foreign Minister Arreaza recalled that the worst predictions were made regarding Venezuela’s fight against coronavirus, but, “despite sanctions and blockades – we have $11 billion that have been blocked, and our assets, refineries and gold amounting to $40 billion were stolen from us -, we have a public health system with doctors in communities, as well as fully-operative diagnosis centers.”

Arreaza highlighted the early measures adopted by President Nicolás Maduro and the Bolivarian Government to avoid the propagation of the pandemic.

The Venezuelan diplomat also praised Venezuela’s 7×7 method, an example to the world to make economy more dynamic and protect the population.

Finally, Foreign Minister Arreaza offered the most affected countries in the region the Venezuelan protocols to cope with the sanitary crisis as they are one of the world’s most effective, as he asserted that “treatments and the combination of medicines to save lives are more important right now than vaccines.”