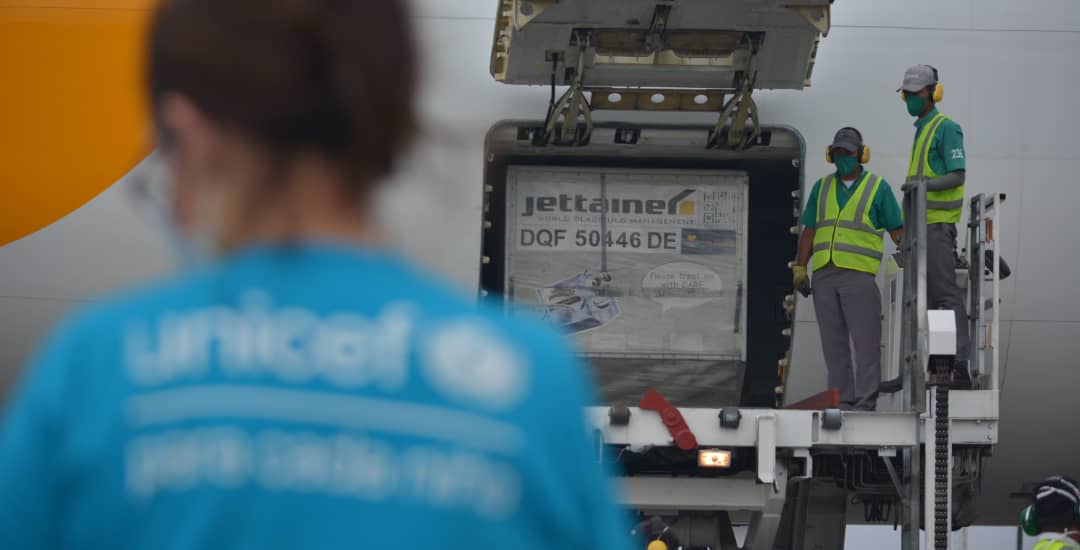 This Friday the second humanitarian assistance flight sent by the United Nations Organization (UN) in cooperation with the Government of Germany, arrived at the Simón Bolívar International Airport, with supplies to attend the COVID-19 pandemic, within the framework of the Technical Cooperation established between the Bolivarian Republic of Venezuela and the multilateral organization against the disease.

The plane, coming from Germany, landed in La Guaira with 12 tons of supplies for the health of the Venezuelan people, managed by the United Nations Children’s Fund (Unicef).

The reception of humanitarian aid was in charge of Alexander Yánez, Vice-minister for Multilateral Issues of the People’s Power Ministry for Foreign Relations; Peter Grohman, Resident Coordinator of the UN System in Venezuela and Daniel Kriener, Ambassador of the Federal Republic of Germany in the country.

Vice-minister Yánez stressed that with this humanitarian cooperation from Unicef, a lesson is being given to Europe and countries in North America that the arrival of aid to Venezuela is possible, but on the basis of respect for international law and institutions, and with the use of diplomacy of peace, highlighting that although the Governments of Venezuela and Germany have political differences, a satisfactory agreement could be reached to complete the flight.

Likewise, the UN representative in the nation, Peter Grohman, thanked the German government for the transport facilitation and stated that with this second shipment of humanitarian assistance they add more than 100 tons of UN aid to Venezuela since the start of the pandemic.

For his part, the German Ambassador asserted that his Government is committed to the principles of humanitarian aid and that with this shipment, Unicef ​​will be able to intensify work in the fight against the coronavirus in Venezuela.