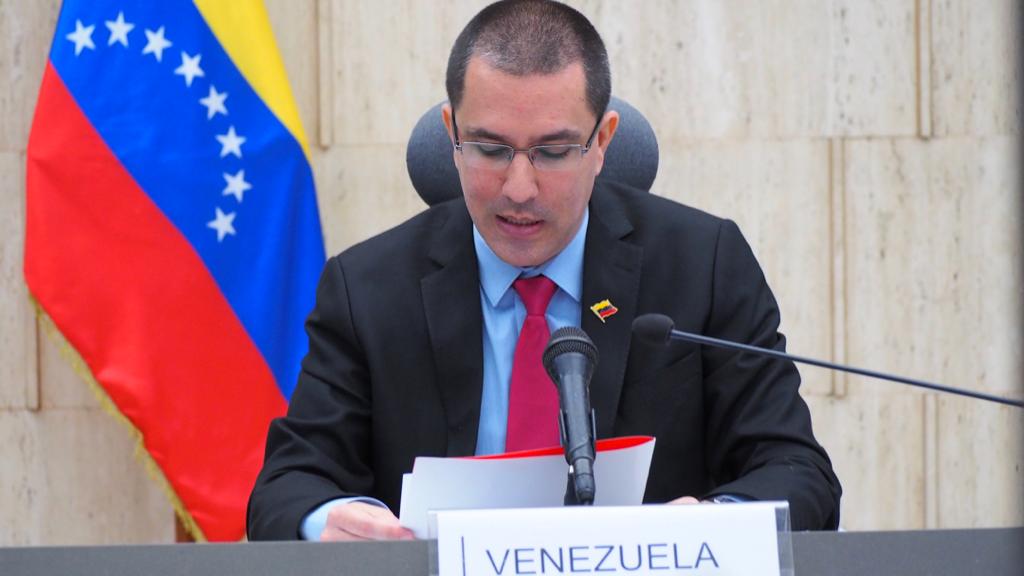 Thank you very much your Excellency, it’s an honor for me to take the floor on behalf of President Nicolás Maduros.

Even before the COVID-19 pandemic, the transformation of international geopolitical and geo-economic order was already in motion; today, this process has gained more consciousness and critical thinking because of the peoples’ deliberations over the obvious vulnerabilities of capitalism in confronting such a crisis.

The system is sinking. In many cases, States have been diminished to a minimum expression; neoliberalism tied down public institutions, people feel abandoned and unprotected, the market cannot rule the destinies of human beings; solidarity and health are not commodities.

In this context, after 75 years, the multilateral systems must confront an immense challenge. From within the United Nations, a new international order can be born based on its principles and purposes of moral action, cooperation and peacekeeping. We can be at the forefront of an age of evolution for humankind.

However, if we allow the arrogance of unilateralism and the ambitions of some corporate States that lift up conflict and war to impose themselves, the United Nations would have the same faith as the League of Nations and disappear.

Allowing the powerful to reactivate the economies through new wars, fabricated conflicts, superfluous production, the kidnapping of international resources and disregard for international law would lead to the rise of an even worse neoliberal and warmongering unipolar order.

Stopping unilateralist corporate ambitions, upholding respect for international law and people’s self-determination. The defense of human rights, the rights of Mother Earth and the right to happiness would be the guarantee of a new international order that is fair, just, equitable, and which pursues sustainable development, peace and life.

Venezuela has confronted the pandemic under extremely difficult conditions; we are under permanent economic, political and mediatic attack, we have even been threatened with military operations. The unilateral coercive measures illegally imposed with the United States have attempted to put Venezuelans on their knees. However, ours is a people of peace and dignity, and we would never bend our will to any empire. We have carried out a titanic effort through our own capabilities, under solidarity and cooperation of friendly countries and of the UN itself in confronting this health crisis. We have avoided the worst, despite catastrophic forecasts and the desires of those attacking us.

The WHO role in the pandemic is an example of the multilateralism that is needed. It must act and speak truthfully. It must not bend under pressures, extortions and attacks from the powerful. It must assert its moral authority, its scientific capabilities and cooperation based on solidarity. The multilateralism that our peoples need must put an end to conventional and economic wars through reason, international law and much courage.

The new multilateralism was pointed towards the fulfilment of sustainable development goals in all of our countries and distribute resources in a differentiated and equitable manner to guarantee it. The multilateralism needed by human kind and during and after the pandemic must show solidarity, efficiency, audacity, creativeness and courage. We must overcome the formalities, the speeches, the UN language.

As Comandante Hugo Chávez said, we must delve into the peoples’ obstacles, fulfill their needs, suffer their pain, undergo their deprivation and build with them their own paths towards their happiness and liberation to advance, transform and overcome obstacles; nothing can motivate more than hope.

Today in 2020., in the midst of tragedy due to an unexpected pandemic, people place their hopes in the birth of a humane world of peace and equality.

The United Nations, through a new multilateralism, can play a central role so that this opportunity becomes a reality. Let us not waste it. It is time to act.