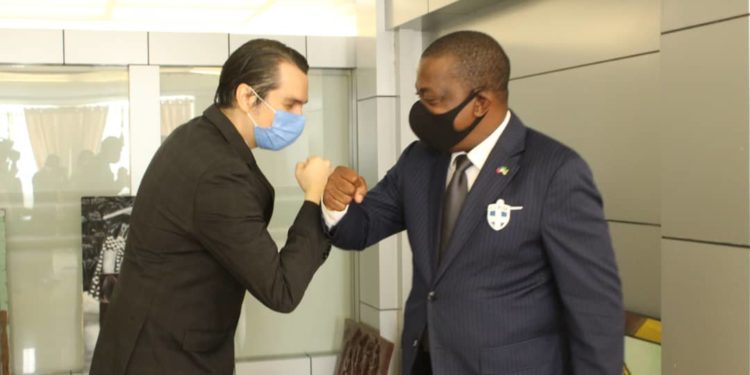 Ambassador of the Bolivarian Republic of Venezuela to Equatorial Guinea, Nelson Ortega Bonilla, held on Friday a meeting with the Minister of Culture, Tourism and Promotion of Arts and Crafts, Rufino Ndong Esono Nchama, to discuss the possible post pandemic endorsement of a Memorandum of Understanding in tourism.

At the meeting, they talked about training of tourism and cultural specialists, specifically in areas such as theater, filmmaking and music, and Ambassador Bonilla claimed Venezuela features infrastructures for development that could be at the service of Equatorial Guinea.

The governments of Venezuela and Equatorial Guinea have advanced talks to open a direct Caracas-Malabo flight that will provide an air connection to promote binational tourism.

The Venezuelan diplomat described the meeting with Minister Ndong Esono as productive and predicted it will produce positive results.

The meeting was also attended by Equatorial Guinea’s Vice-minister of Tourism Prudencio Botey and State Secretary of Tourism Catalina Martínez.

On September 4, Minister of People’s Power for Foreign Affairs Jorge Arreaza held a video conference with his Equatorial Guinea’s counterpart Simeón Oyono Esono to review the wide cooperation agenda between the two countries, focusing on oil and the exchange of successful experiences to fight COVID-19.