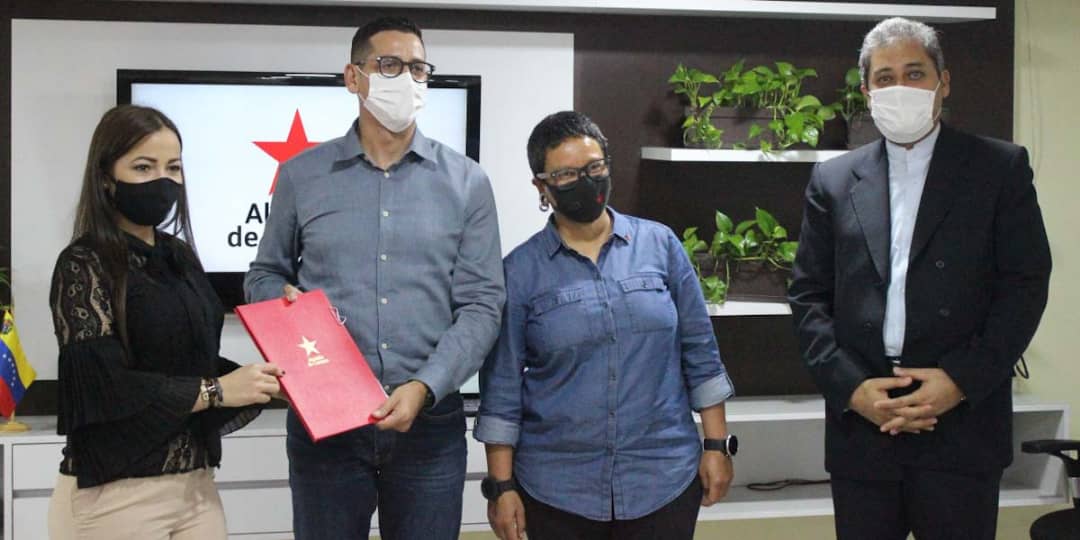 The Mayor of Caracas signed this Wednesday an alliance with the Iranian pharmaceutical company Farmaozono, establishing the creation of the Caribbean Pharmacy Network, with which the Libertador municipality will guarantee access to solidarity prices of the most demanded drugs and with it, the right to health of the people.

The event was held at the headquarters of the Mayor’s Office of the Bolivarian Libertador Municipality, in the historic center of Caracas, with the presence of Mayor Érika Farías and Ambassador of the Islamic Republic of Iran in Venezuela, Hojjatollah Soltani.

This alliance will establish a network of pharmacies in the capital city, the supply at a very low cost of essential medicines for the health and life of Venezuelans, said Miguel Carreño, head of the Cabinet of Economy of the Mayor’s Office of Caracas, during the signing of the agreement.

He anticipated that the next phase will advance the massification and commercialization of low-cost drugs.

This pharmaceutical alliance between the Mayor’s Office of Caracas and the Islamic Republic of Iran strengthens strategic cooperation between the two countries in the face of unilateral coercive measures by the United States Government of which both are victims and that have been intensified in the midst of the pandemic of COVID-19, a genocidal policy that is condemned by the international community.

The ties of brotherhood and solidarity between Venezuela and Iran were strengthened as a priority by Commander Hugo Chávez, and they are maintained with the same emphasis in the management of President Nicolás Maduro.