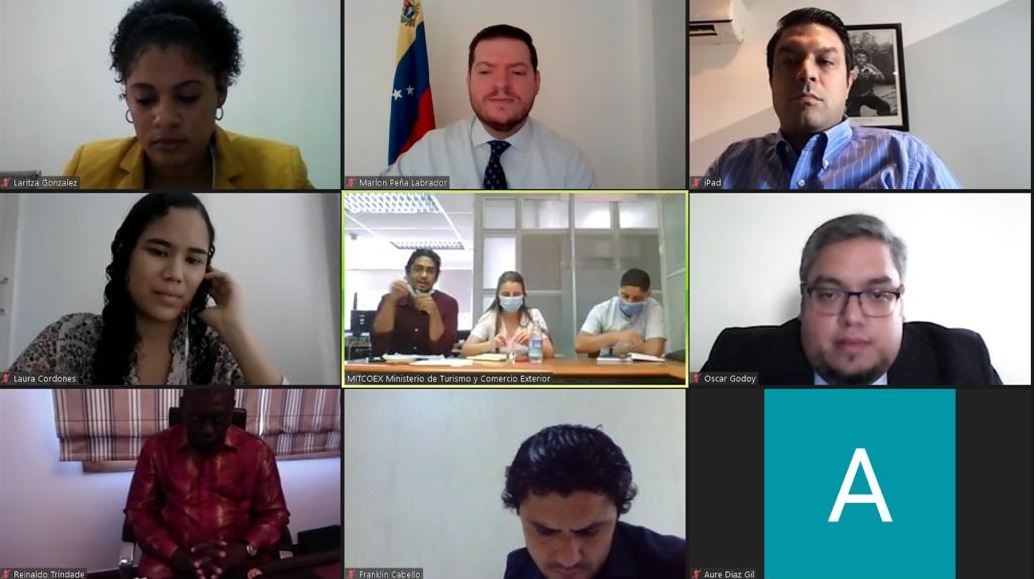 This Wednesday, representatives of the People’s Power Ministry for Tourism and Foreign Trade (Mitcoex) and the Foreign Trade Bank (Bancoex), held a telematic meeting with the president of the Angolan Hispano-American Chamber of Commerce and Industry (CCIHA for its acronyms in spanish), Reinaldo Trindade, where it was agreed to promote the binational trade and advance in the development of a route of rapprochement between businessmen from both countries.

This with the purpose of achieving the diversification of Venezuelan exports.

The Vice-minister of Foreign Trade, Héctor Silva, participated in the videoconference; and the Vice-president of Export Promotion of Bancoex, Jessenia Noto, who highlighted the capabilities and potential offered by the Bolivarian Republic of Venezuela to strengthen trade ties with Angola. On the other hand, they made known the results of the experiences in the exports of agricultural and textile items.

The president of the CCIHA, Reinaldo Trindade, affirmed that the Republic of Angola has implemented a plan to diversify the economy, favoring the agricultural sector to achieve food security and obtain non-oil income.

In this sense, he emphasized the commitment of the Angolan businessmen to consolidate this initiative that will allow them to approach new markets and, in turn, contribute to the solution of the needs and improve the quality of life of both countries.

The Venezuelan ambassador to Angola, Marlon Peña, made mention of the good diplomatic relations that Angola and Venezuela maintain; and expressed how relevant it would be for the Caribbean nation to deepen this alliance, classified the meeting as ideal to advance in the economic fortification in the post-pandemic era.