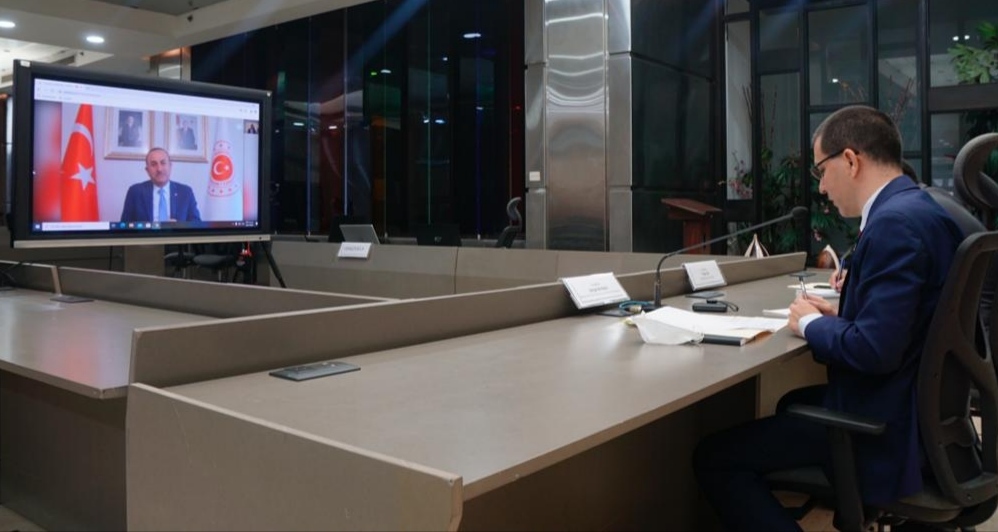 In a message posted on his Twitter account @jaarreaza, the Venezuelan foreign minister stressed he expressed the gratitude of the Bolivarian Government and people for Turkey’s donation of more than 15 tons of equipment, tests and supplies to face the COVID-19 pandemic that Venezuela received on July 17, and that have an inestimable value due to the restrictions resulting from the U.S. blockade against Venezuela and preventing the purchase of sanitary equipment in the international market.

“Today we connected with Foreign Minister of Turkey @MevlutCavusoglu. We ratified our multilateral policy coordination. We review joint projects underway and new cooperation areas. We thanked for the donation of equipment, tests and supplies to face #Covid_19,” twitted Arreaza.

Minister Arreaza said the strategic alliance between Venezuela and Turkey has been strengthened in recent years as part of a strong sentiment of brotherhood shared by Presidents Nicolás Maduro Moros and Recep Tayyip Erdoğan.

“We reviewed our cooperation in international forums, the international politics and geopolitics between Venezuela and Turkey, and then we went into the details of our joint projects in different areas,” explained Arreaza.

Likewise, he explained they explored new areas for investment, cooperation and exports between Venezuela and Turkey, and assessed the possibility to resume some construction projects and new forms of cooperation “to readapt the bilateral relation to face imperial aggressions.”

Arreaza said Foreign Minister Çavuşoğlu expressed his Government’s rejection to the U.S. unilateral coercive measures against the Venezuelan economy, as well as his hope for dialogue and a good result from the parliamentary elections to be held in December in Venezuela.

At the virtual meeting, Minister Arreaza was joined by Vice-minister for Europe Yván Gil, who held a virtual meeting on July 23 with Director General for the Americas of Turkey’s Foreign Ministry Zeki Levent Gümrükçü to review the bilateral agenda and the trade development agreement that will come into effect on August 21.

Venezuela and Turkey have expanded and deepened their bilateral agenda in recent years, resulting in the endorsement of agreements in different areas for their mutual benefit.