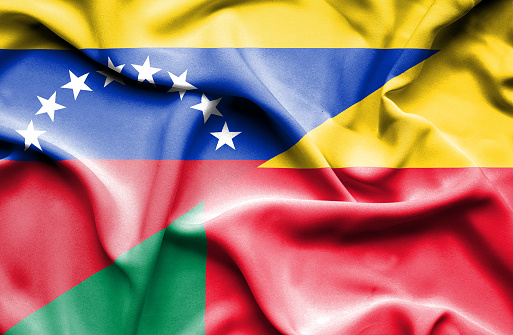 Venezuela and Benin explore proposals for cooperation on cultural heritage

A set of proposals to strengthen cooperation and exchange on cultural heritage between Venezuela and Africa derived this Wednesday from a telematic meeting between representatives of the Bolivarian Government and the School of African Heritage (EPA), based in Benin.

In the virtual meeting called “Identification, management, training and joint projects of cultural heritage” participated by Venezuela: Alejandro López, Vice-minister of Identity and Cultural Diversity of the People’s Power Ministry for Culture; Dinorah Castro, president of the Institute of Cultural Heritage (IPC) and Alejandrina Reyes, rector of the National Experimental University of the Arts (Unearte), as well as representatives of the Office of the Vice-minister for Africa of the Foreign Ministry.

Among the proposals made at the meeting to strengthen cooperation between both countries, the Rector of Unearte raised the cultural, academic and research exchange between the university and the EPA; she proposed as well to carry out joint research with the Unearte Chair in Afro-Venezuelan Studies, on the presence of Benin’s spiritual and linguistic heritage in the cultural manifestations of Venezuela; carry out virtual exchanges with living cultural heritage of two regions of the Venezuelan coasts and Benin, among other initiatives.

The director of the IPC, Dinorah Castro, proposed the development of virtual workshops regarding experiences for the registration of material and intangible cultural heritage; illicit traffic of cultural goods and another with master craftsmen from Coro, in addition to the creation a school of Cultural Heritage of the South, between the IPC, Unearte and EPA.

Likewise, Franck Ogou, on behalf of the EPA, requested the proposal for a formal agreement between the institutes participating in the meeting and to articulate support for the registration of assets in cultural matters in Benin, in a short time.

Finally, Vice-minister Alejandro López proposed that Venezuela join the EPA International Committee and hold a virtual seminar or forum on cultural heritage, because “we have a common struggle to recover our heritage.”

The Benin School of African Heritage has had relations with 44 African countries and a training of more than 2,000 people in the field of cultural heritage, in its 20 years of experiences.