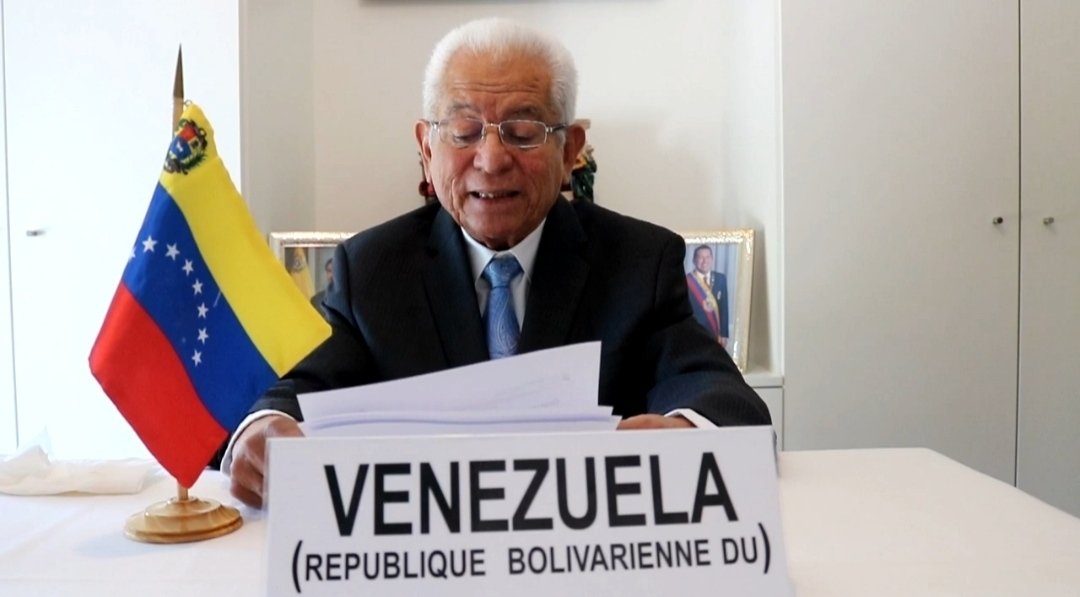 Permanent Representative of the Bolivarian Republic of Venezuela to the UN in Geneva Jorge Valero reiterated on Wednesday the Venezuelan government’s non-recognition and strong rejection to the “content, conclusions and recommendations” of a report compiled based on a Resolution whose origins were rejected by Venezuela because “no consent and no input has been given for its making.”

Venezuela’s strong stance was conveyed at the 44th regular session of the Human Rights Council in the face of a report on Venezuela presented by the Office of the High Commissioner for Human Rights resulting from Resolution 42/25, which the South American country does not recognize and describes as an imposition on a sovereign state.

The aforementioned Resolution establishes the creation of an international mission to assess the situation of Human Rights in Venezuela.

“It was adopted by a small group of member countries of this Council which possess a large record of serious violations of Human Rights,” said Valero.

The Venezuelan diplomat claimed that the practice of imposing resolutions violates the fundamental pillars of multilateralism and the very functioning of the Human Rights Council, enshrined in the UN Charter and the corresponding resolutions of the General Assembly.

Venezuela considers Resolution 42/25 is not justified and it implies a clear duplication of efforts and resources in relation to the mandates contained in Resolution 42/4 of the Council on strengthening cooperation and technical assistance in the field of human rights in the Bolivarian Republic of Venezuela which is supported by the South American country.

Ambassador Valero recalled that Venezuela is currently facing a multiform aggression led by the United States Government, and reiterated Venezuela’s commitment to the promotion and protection of Human Rights and cooperation with UN bodies in this field.