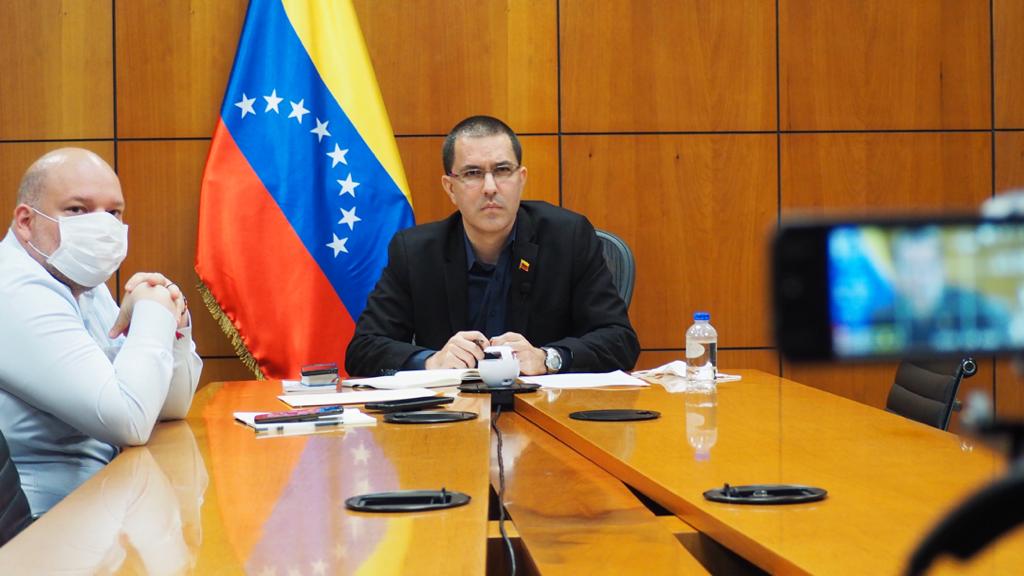 “To us, the change in Brazil’s foreign policy has been extreme. It is sad because to the Foreign Affairs Ministries of Latin America and the Caribbean, Itamaraty has been a historical reference,” asserted Minister of People’s Power for Foreign Affairs Jorge Arreaza in an online contact with federal congressmen Glauber Vera and Paulo Pimenta, and former federal congresswoman Socorro Gomes.

“We know it is something temporary and circumstantial. Brazil’s diplomacy remains in resistance and it will return to the levels it once reached,” he highlighted.

On the other hand, Arreaza thanked Brazilian political parties for defending Venezuelan diplomats before Brazil’s legal system and seeking to advance progress towards the relations between the two countries. Likewise, he recognized the work of officials at the Embassy and consulates.

The Minister of People’s Power for Foreign Affairs urged social movements to express themselves on digital platforms to fight the media war and denounce the theft of Venezuelan gold by the United Kingdom “which should be returned through the only incumbent government elected by the people.”

“The legal team of Venezuela will file an appeal, and if we have to go to the Supreme Court of the United Kingdom, we will go there and anywhere to recover our resources,” he affirmed.

Likewise, he insisted that the Bolivarian Revolution needs the solidarity of the peoples. “It is very important that the revolutionaries of the world armor us with their solidarity to send a strong signal that Venezuela is not alone.”

Regarding the measures implemented to ease unilateral sanctions, Arreaza explained that Venezuela has built an economic agenda to leave behind the oil rentier economy through the activation of other economic sectors, and he mentioned the achievements of Venezuela’s social protection system.

“Also, he highlighted the role of the Community of Latin American and Caribbean States (CELAC) as the main intergovernmental mechanism for dialogue and political agreement in the region.

“CELAC is our project. We deeply believe in dialogue. All initiatives are welcomed,” he said.

Regarding the Venezuelan case, he informed that Vice-president of Communication, Culture and Tourism Jorge Rodríguez has held 19 meetings this year with opposition parties to reach an agreement on the election of the board of directors of the National Electoral Council, which was announced last month.