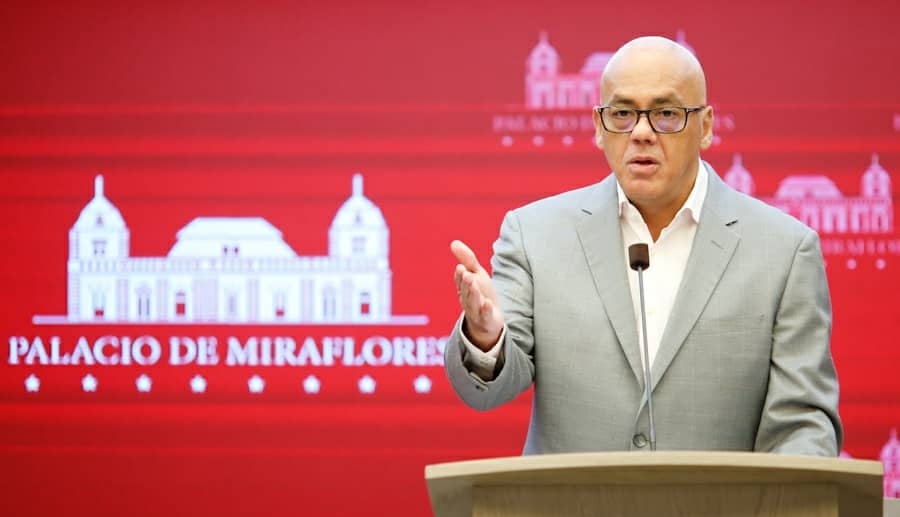 “The media try to minimize but when the evidence is so profuse, some time later they publish an article or report where they say the same thing that we had already denounced, this has been the behavior”, emphasized the Vice-president of Communication, Culture and Tourism, Jorge Rodríguez.

From the Miraflores Palace, located in Caracas, he recalled that after dismissing the evidence presented by the Executive about specific events such as the attempted assassination against the President of the Republic, Nicolás Maduro, and the failed entry of the alleged humanitarian aid to Venezuela, which occurred in August 2018 and February 2019, respectively, media such as CNN and The New York Times pointed out exactly what was already public knowledge.

The same happened with the complaint filed about the training of paramilitaries and deserters to enter the nation. Rodríguez pointed out that “the response was to minimize and try to point out that the evidence was mounted” and, once the intervention was frustrated, The Washington Post showed details about the contract signed between the coup leader Juan Guaidó and the US company Silvercorp.

“We have said everything. We have said that Juan Guaidó is nothing more than an instrument of the factors of the most extreme right of the Donald Trump administration that pursues two purposes: stealing money and taking power by violent means, leaving a bloodbath along the way”, he added.

Referring to the article called “The Venezuelan opposition guru directed the planning to overthrow Maduro”, published by The Wall Street Journal, he indicated that on repeated occasions “we have said that Leopoldo López is a criminal who long ago abandoned the natural channels of the political exercise.”

“The same thing that CNN and The Washington Post did, now The Wall Street Journal does and blames Leopoldo López for the violent incursion against Venezuela on May 3.”