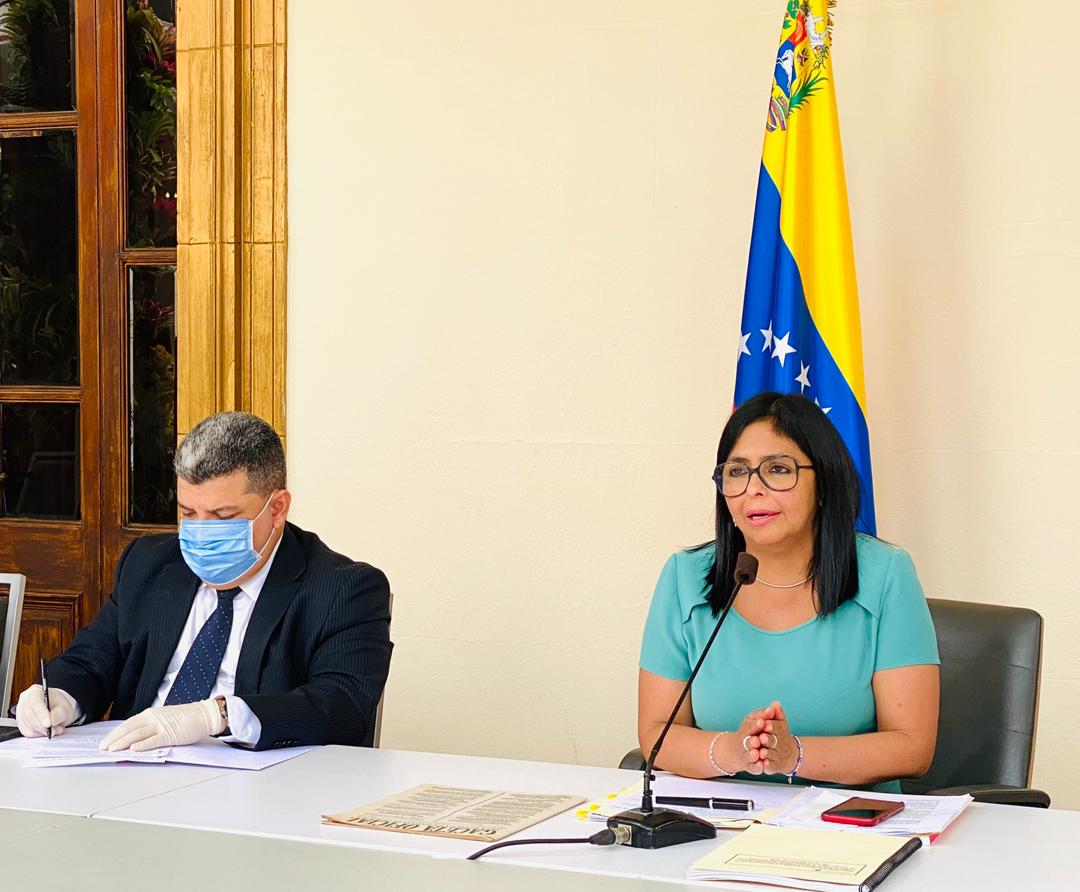 Representing the Presidential Commission for the Defense of the Essequibo, this Friday, the Executive Vice-president of the Republic, Delcy Rodríguez, denounced that the Government of Guyana is acting under an imperial mandate to satisfy the interests of the US oil transnational Exxon Mobil, in the case of the unilateral lawsuit filed by the neighboring country before the International Court of Justice (ICJ), in 2018, to settle the territorial controversy over Guayana Esequiba.

She noted that the position of Guyana is also framed “within this script of aggressions of the United States Government against Venezuela” and that the Bolivarian Government “will never separate from the 1966 Geneva Agreement”, ratifying the historical position of non-recognition of the ICJ jurisdiction to deal with the matter.

The Vice-president explained that the Geneva Agreement was signed at the United Nations by Venezuela and the United Kingdom -Guyana was still a British colony- on February 17, 1966 and is duly deposited as the legal instrument that should govern the negotiation to reach a practical and satisfactory agreement for both parties.

She also indicated that the Geneva Agreement is above the 1899 Paris Arbitration Award, which Venezuela considers “null and void, by consecrating the territorial imperial dispossession of more than 159 thousand square kilometers that our Guyana Essequiba comprises”, and that the Guyanese President David Granger intends to validate with the claim before the ICJ, although by 1899 Guyana was not a republic.

The high official invited the people of Guyana to ask themselves the reason for this action by President Granger, just when the country is going through a delicate political situation, derived from potential electoral fraud.

Also present at the meeting, the deputy Luis Parra, president of the National Assembly, pointed out that there is a violation of the Geneva Agreement by Guyana, by allowing transnational companies to carry out exploration and exploitation activities in a claimed area that has more 80 billion barrels of light oil.

Similarly, magistrate Maikel Moreno, president of the Supreme Court of Justice (TSJ), stressed that Venezuela “has never stopped claiming or losing the right it has over the Essequibo territory” and that the way to resolve the dispute is through the Geneva Agreement signed by both parties.

The Sector Vice-president of Political Sovereignty and People’s Power Minister for Defense, Vladimir Padrino López, expressed that the position assumed by the current administration of Guyana “is one more step in the escalation of aggressions” against Venezuela, at the same time he explained that During the signing of the Independence Act on July 5, 1811, the patriots of the time inherited the Essequibo territory, according to the definition made by the Kingdom of Spain in 1777 on the geographical extension of the Captaincy General of Venezuela.

In a statement issued on June 20, the Bolivarian Government informed the Venezuelan people of its decision not to appear before the virtual hearing convened by the ICJ for June 30 on the unilateral lawsuit filed by Guyana, for not recognizing the jurisdiction of this court in the Essequibo case.