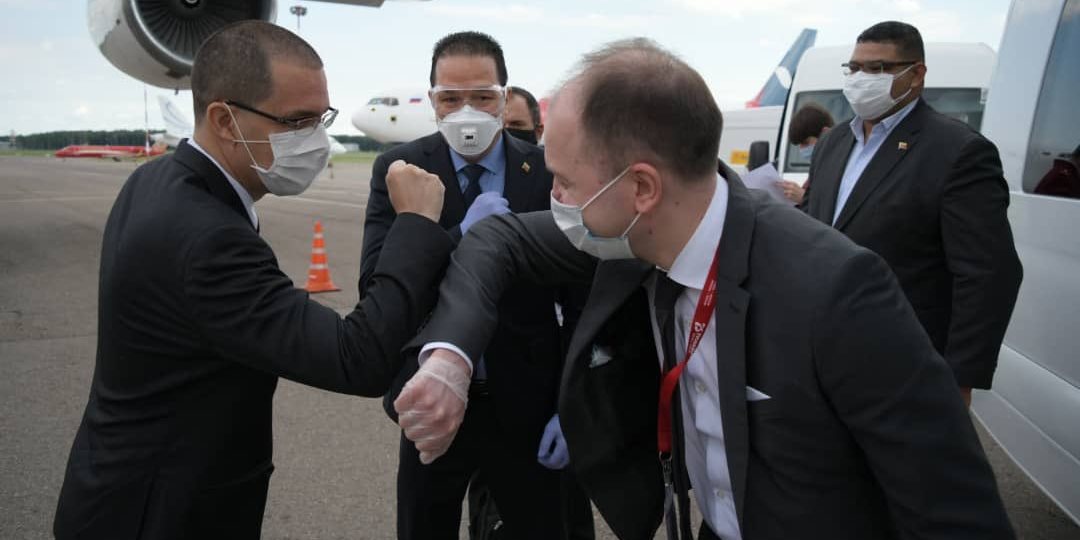 Minister of People’s Power for Foreign Affairs Jorge Arreaza arrived on Tuesday in the Russian Federation in an official visit to attend the commemoration of the 75th anniversary of the Soviet victory in the Great Patriotic War.

The Venezuelan diplomat was received at the International Airport of Moscow by representatives of the Russian government and Venezuela’s Ambassador to Russia Carlos Farías.

In addition to the commemorative events of the 75th anniversary of the victory in the Great Patriotic War, Minister Arreaza’s agenda include a meeting with his Russian counterpart Serguéi Lavrov.

Last February, the Venezuelan and Russian foreign ministers held two bilateral meetings. The first one took place in Caracas on February 7 during an official visit of the Minister of Foreign Affairs of the Russian Federation. The second meeting took place in Geneva on the occasion of the 43rd Period of Sessions of the UN Human Rights Council.

In the last two decades, Caracas and Moscow have forged a strong cooperation alliance in the energy, financial and technical-military fields, among others, carried out through the Venezuela-Russia High Level Intergovernmental Commission (CIAN, in Spanish), which has held 14 meetings so far.