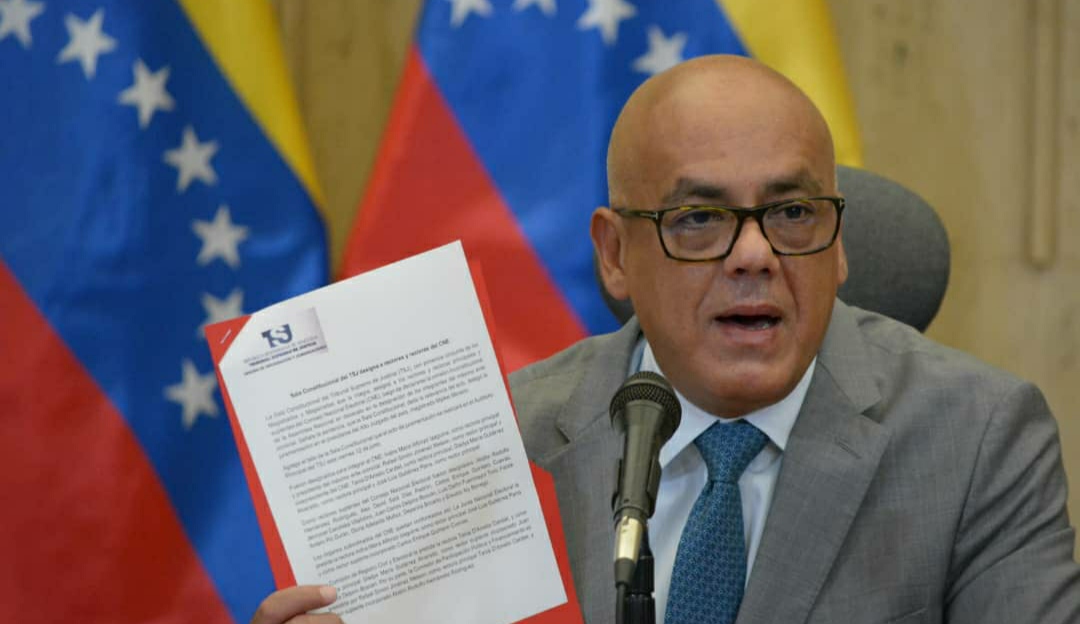 In a video conference held Saturday, June 13, Vice-president of Communication, Culture and Tourism Jorge Rodríguez informed the diplomatic corps accredited to the Bolivarian Republic of Venezuelan about the recent appointment of the new main and alternate rectors of the National Electoral Council (CNE).

This appointment took place after the Supreme Court of Justice declared an unconstitutional omission committed by the National Assembly in contempt to appoint the members of the electoral body.

The video conference was attended by all the ambassadors accredited to Venezuela, including the European Union. Ambassadors of South Africa, China, Mexico, Russia, and Cuba attended the meeting in person.

Likewise, he stressed the efforts made by the Bolivarian Government to promote dialogue, negotiation and agreement among the Venezuelan political forces in order to resolve disputes by peaceful, democratic, constitutional and electoral means.

“It very difficult to deny reality, and to deny that President Nicolás Maduro on more than 600 occasions has called for dialogue with the opposition, or should I say, with the Venezuelan oppositions,” said Rodríguez.

He stressed that there is a deep division in the opposition leadership, thus forcing to seek dialogue and talks that are necessarily held separately.

“The second obstacle is that one, or at least one of the sectors of the opposition leaders insists on resorting to violence,” he highlighted.

In this regard, Rodriguez said that these sectors promoting violence are the same that have links with Colombian drug trafficking, promote the assassination of President Nicolás Maduro and political leaders, authorize armed incursions against the Bolivarian Republic of Venezuela, and permanently blackmail other opposition sectors that do want to hold conversations.

Furthermore, Minister of People’s Power for Foreign Affairs Jorge Arreaza reiterated that in the face of the unilateral, arbitrary blockade of the U.S. government and other governments involved in the destabilizing agenda, national unity is a must.

Arreaza affirmed that President Nicolás Maduro, after taking office, has been the main leader to call for dialogue among the country’s political sectors.

“It has been a long way that has brought us here, and yesterday the Venezuelan institutions resolve to appoint the CNE authorities to comply with this constitution, which mandates to hold parliamentary elections this year,” explained Foreign Minister Arreaza.