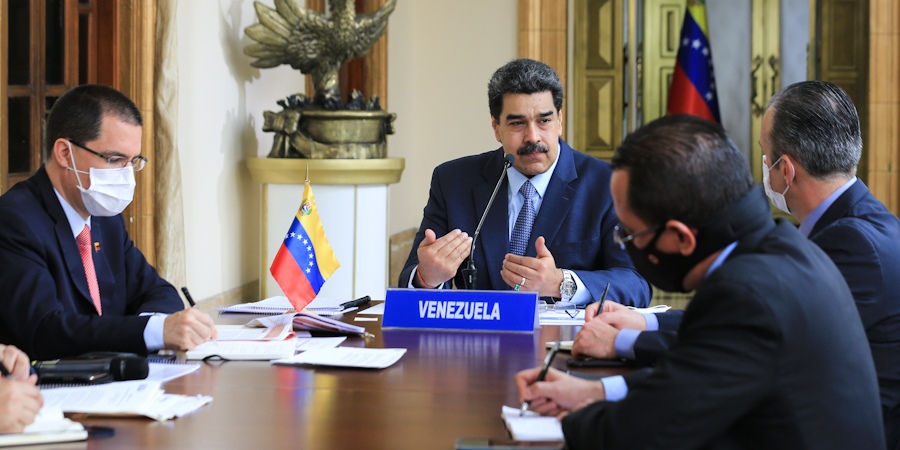 President of the Bolivarian Republic of Venezuela Nicolás Maduro proposed a Joint Council gathering foreign and economy ministers of the member countries of the Bolivarian Alliance for the Peoples of Our America – People’s Trade Treaty (ALBA-TCP) to materialize the proposals made at the economic virtual conference held on June 10.

“The Bolivarian Alliance for the Peoples of Our America has served for great actions in fields such as health, education, diplomacy, finance and economy,” said the Venezuelan president in his opening speech at the High-Level Conference: Post-pandemic Economy in ALBA-TCP.

The Joint Council proposed by President Maduro was agreed to be held on June 29, when the 15th anniversary of Petrocaribe, an energy cooperation, solidarity-based agreement fostered by the Bolivarian Government of Venezuela, will be celebrated.

Likewise, the Venezuelan president proposed to give precedence to a vaccine and medical treatments against COVID-19, hand in hand with the World Health Organization (WHO) and countries like Russia and China, to guarantee immediate access and distribution to the region’s people.

The heads of State and Government of the Bolivarian Alliance for the Peoples of Our America – People’s Trade Treaty held a virtual conference in order to lay the foundations of a plan to alleviate the economic and social effects caused by the pandemic.