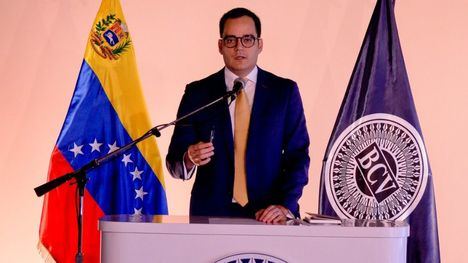 This Thursday, May 28, the hearing between the Central Bank of Venezuela (BCV) and the Bank of England will continue in London due to the refusal of the British financial organization to deliver part of the gold belonging to the Venezuelan State, said the president of the issuing entity, Calixto Ortega Sánchez.

Ortega Sánchez stated that the institution he presides awaits an expedited trial to liquidate $1 billion of Venezuelan gold reserves at the Bank of England, which will be invested, with the direct support of the United Nations, in the purchase of medicines, food and necessary equipment to face the COVID-19 in the country.

The high official pointed out the importance of reaching an agreement in the case, for the benefit of the Venezuelan people and to strengthen the fight against the pandemic of the new coronavirus.

The highest authority of the BCV reiterated that, for months, Venezuela’s gold has been frozen at the Bank of England, due to the illegal ignorance the organization holds on the issuing entity’s legitimate authorities as well as the context of the policy of unilateral coercives measures against the nation and its institutions.

The Bank of England has previously refused to recognize the authority of the current BCV President and Board of Directors. The Venezuelan issuing entity considers this to be illegal and the judgment No. 0247 of the Constitutional Chamber of the Supreme Court of Justice (TSJ) confers the legal position of the Institute’s board of directors. In the aforementioned judgment, the appointment of an Ad Hoc board of directors of the BCV by the National Assembly, then in contempt, was declared “null and void”. So the only authority of the entity is the one headed by Calixto Ortega Sánchez.