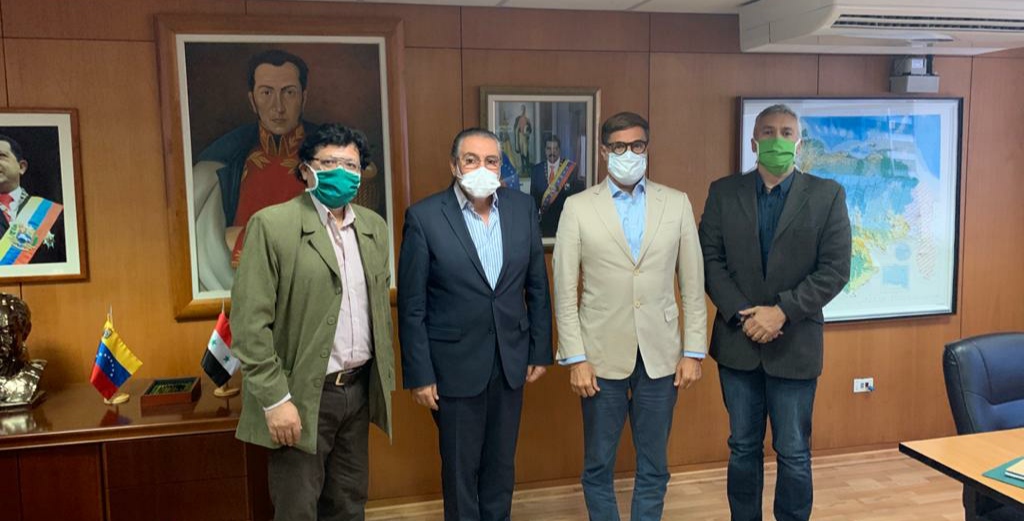 With the aim of strengthening ties of friendship and cooperation between Venezuela and the Syrian Arab Republic, the People’s Power Minister for Tourism and Foreign Trade, Félix Plasencia, held a meeting on Monday with the Syrian ambassador to Venezuela Khalil Bitar, for in order to strengthen trade agreements between the two post-pandemic sister countries COVID-19.

This meeting was held at the MITCOEX headquarters, located in Caracas, a space where topics based on the feasible study of resuming direct routes post COVID-19, through the airline Consorcio Venezolano de Industrias Aeronáuticas y Servicios Aéreos SA (CONVIASA) were highlighted, for the rapprochement of nations.

With the arrival of the Bolivarian Revolution, led by President Hugo Chávez, the bonds of unity and brotherhood between Venezuela and Syria were consolidated and with the visit of the eternal commander Hugo Chávez Frías to the Syrian capital, Damascus, in 2006, began the signing of agreements for technological, cultural, commercial, educational, energy exchange, among others.