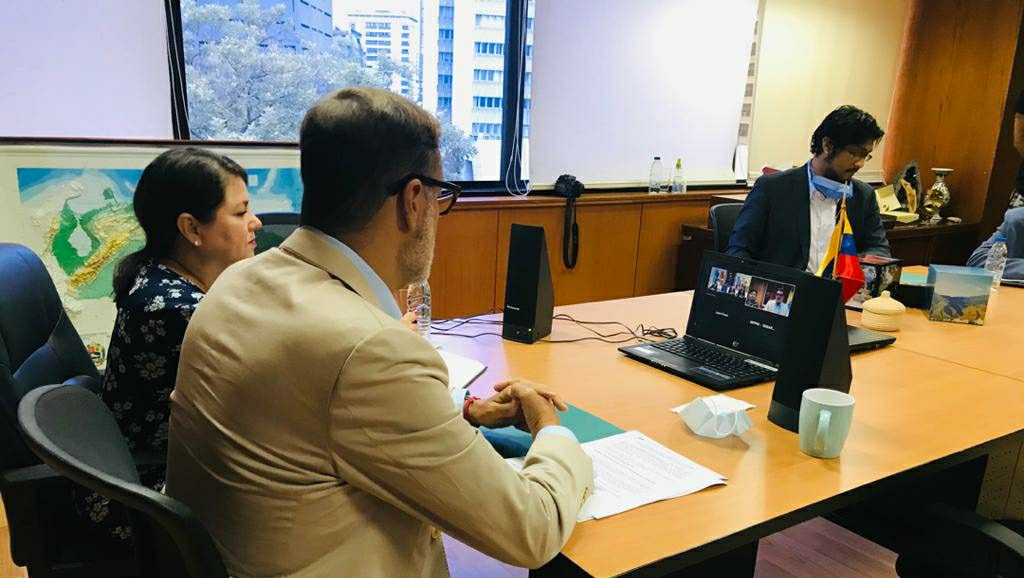 As a ratification of solidarity, brotherhood and cooperation between the Venezuelan people and the Republic of Nicaragua, the People’s Power Minister for Tourism and Foreign Trade, Félix Plasencia, made a videoconference this Monday with his Nicaraguan counterpart, Anasha Campbell, in order to evaluate the bilateral relations between both nations, especially in the experiences in the field of COVID-19 management.

Likewise, Plasencia recently held a working meeting with the Nicaraguan ambassador, before the Bolivarian Republic of Venezuela, Yaosca Calderon, in which strategies were established to consolidate a trade and entrepreneurship fair between the two post-pandemic brother countries.

It is worth noting that Venezuela and Nicaragua develop fraternal relations of cooperation based on complementarity, respect for self-determination and solidarity between peoples.

For years, Managua and Caracas have signed several work and mutual development agreements from the government of Eternal Commander Hugo Chávez, and have continued cooperation with the mandate of constitutional President Nicolás Maduro Moros and his Nicaraguan counterpart Daniel Ortega Saavedra.

This meeting was held at the MITCOEX headquarters, located in Caracas.