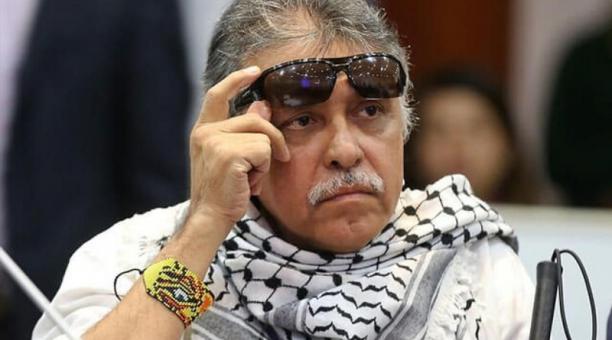 The People’s Power Minister for Foreign Relations, Jorge Arreaza, described on Monday the alleged presence in Venezuela of the Colombian guerrilla Jesús Santrich as an “old distracting tactic”, which resurfaces in Colombia in the face of evidence of the support of the Iván Duque government for the attempts of mercenary incursion into the country, which occurred earlier this month.

“Since the support, protection and financing of @IvanDuque to the mercenary operation against Venezuela is clearly evident, Colombia returns with the everlasting tale. Old distracting tactic: an annoying, false and useless story”, wrote the Foreign Minister on his Twitter account @jaarreaza, through which he denied the unfounded information disseminated by the Colombian media El Tiempo.

Foreign Minister Arreaza has reiterated several times that Venezuela’s only contacts with the Revolutionary Armed Forces of Colombia (FARC) were made to cooperate with the Peace Agreement between the guerrilla organization and the New Granada government, signed in September 2016.

Evidence on the participation of the Colombian and US governments, as well as the Venezuelan opposition led by Congressman Juan Guaidó, in the attempts at maritime invasion on May 3 and 4, have been widely disclosed by the Bolivarian Government, and even presented before the General Secretariat and the Security Council of the United Nations (UN).