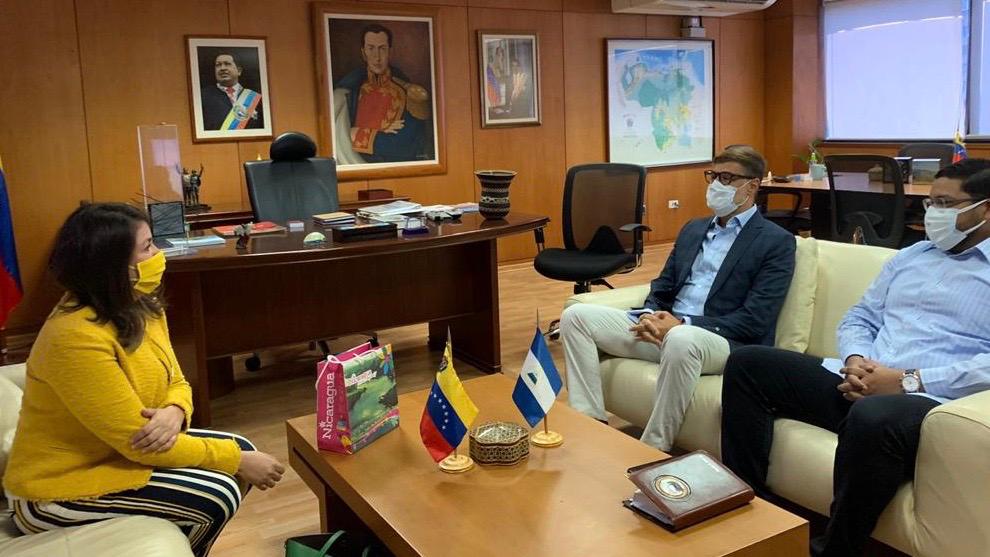 Minister of People’s Power for Tourism and Foreign Trade Felix Plasencia held a working meeting Wednesday, May 20, with Nicaragua’s Ambassador to the Bolivarian Republic of Venezuela Yaosca Calderon in order to assess their countries’ bilateral relations, especially their experience in post COVID-19 management, and to fine-tune strategies and protocols that could be implemented in both countries.

The meeting took place at the headquarters of Venezuela’s Tourism and Foreign Trade Ministry, and it was also attended by Vice-minister for Latina America Rander Peña.

Plasencia and Calderon reviewed different points of coordination, and as an initiative, they assessed a trade and entrepreneurship fair in Nicaragua, where Venezuelan producers could promote their craftmanship in Managua once the sanitary crisis is overcome.

Noteworthily, Nicaragua and Venezuela have developed fraternal cooperation relations bases on the interdependence, respect to self-determination and solidarity of their people.

Managua and Caracas have endorsed work agreements aimed at their mutual development since Commander Hugo Chávez was in office. President Nicolas Maduro and his Nicaraguan counterpart Daniel Ortega have continued to develop these agreements.