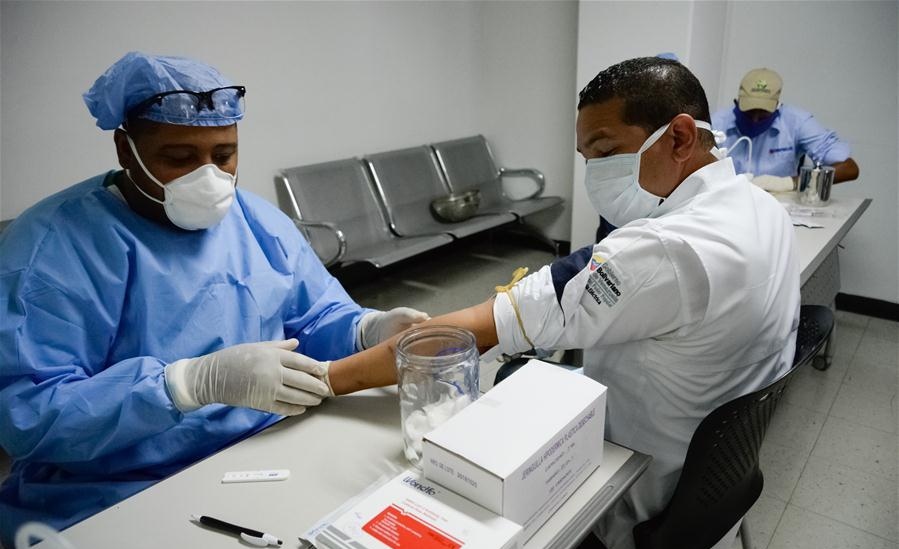 In his speech this Monday at the Telematic Summit of the Non-Aligned Movement (NAM), the President of the Bolivarian Republic of Venezuela, Nicolás Maduro Moros, rescued the approach made by Commander Hugo Chávez and proposed the creation of an international humanitarian fund in order to create the basis of financial support for the health of peoples in the face of the Covid-19 pandemic.

In the company of Foreign Minister Jorge Arreaza, the Head of State also asked the presidency of the NAM, in charge of Azerbaijan, to make the necessary consultations for the multilateral bloc to apply to the World Health Organization (WHO) for the Nobel Prize for Peace, “as a necessary recognition in this fight for health and life”.

The Venezuelan president expressed his agreement with the proposal to create a Scientific Health Council with expert doctors and proposed that a videoconference be held, no later than 15 days, in which specialists exchange experiences and achievements in the fight against Covid-19.

On this point, the President proposed as a specific task that the council of scientists and doctors to be created be incorporated into the experiments for the creation of the vaccine against Covid-19 and “that we, as NAM, guarantee access to diagnostic tests and all drug and treatment protocols for Covid-19, which are being validated by WHO worldwide”.

President Nicolás Maduro demanded from the member states of the NAM a more active support to the world clamor so that the sanctions to countries in the middle of the pandemic be lifted, “that the presidents, of our Movement activate directly with the government of the United States”.

“We demand the cessation of all unilateral coercive measures, of all the intended sanctions and that they leave our peoples alone to face the pandemic”, he insisted.

The national president reiterated that Venezuela is subject to the blockade and economic, commercial and financial persecution of the United States government,

“which prevents us from buying medical and health items in the world. More than $30 billion has been taken from Venezuela, they have frozen all bank accounts in the United States and in Europe, we are persecuted so that no product, food, medicine, or components to produce the gasoline that our country needs could enter”.