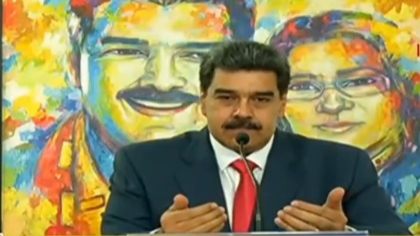 President Maduro: Attacks on WHO seek to destroy access to global public health

The attacks on the World Health Organization (WHO) seek to destroy the only multilateral governing body of the peoples of the world in matters of public health, denounced the President of the Republic, Nicolás Maduro.

Given the recent attack by the United States government against the WHO, which led to the suspension of the financing that this nation emits to the agency, the Head of State urged not to politicize the pandemic by Covid-19 and asked for strong support for the institution.

Along these lines, during his participation in the Virtual Summit of Heads of State and Government of the Non-Aligned Movement (NAM), which took place this Monday under the slogan “United against Covid-19”, he proposed the nomination of the WHO to the Nobel Peace Prize in recognition of the support it provides to the nations of the world.

Last April, the President of the United States, Donald Trump, announced his decision to withdraw the funds that his country contributes annually to the WHO.

As justification, the White House tenant assured that the international entity covered up and minimized the supposed responsibility of the People’s Republic of China in the spread of Covid-19.