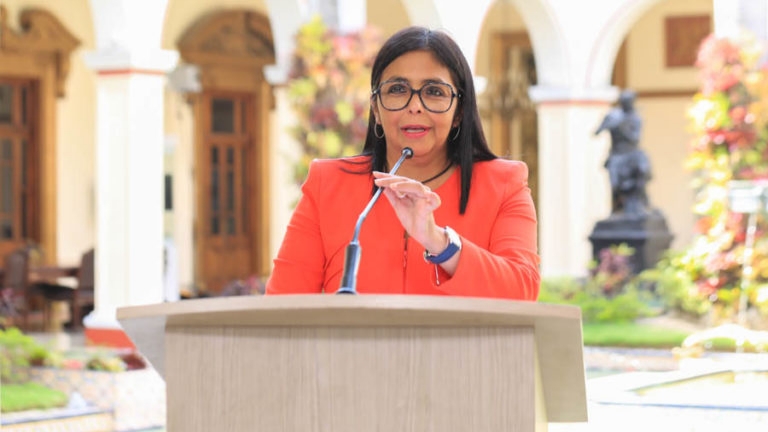 Venezuelans will be quarantined upon arrival in the country

Nationals who return to Venezuela will be subjected to a special quarantine plan for 15 days in the country’s border states, reported the Republic’s executive Vice-president, Delcy Rodríguez.

She explained that a control device is deployed on the border, where a medical file is opened for each Venezuelan who enters the country.

Rodríguez called for the intervention of the United Nations (UN) in the face of the violation of the Human Rights of Venezuelans who are being evicted from their residences in other countries.

“They came back walking to our homeland where medical care and treatment are free”, she emphasized.

She also reported that in the next few days the Movimiento Somos Venezuela will be deployed to ensure that Venezuelans who enter the country again receive the social benefits offered by the Bolivarian Revolution.

Earlier, the President of the Republic, Nicolás Maduro, through his account on the social network Twitter, @NicolasMaduro, expressed his support to all compatriots victims of xenophobia and inequality who wish to return to Venezuela.

“We are watching over our compatriots who have decided to return to Venezuela, their homeland for being victims of xenophobia. Here we open our arms to you as we have done to millions of people who have found in our country a land of Peace and hope. Welcome!” Said the Head of State.