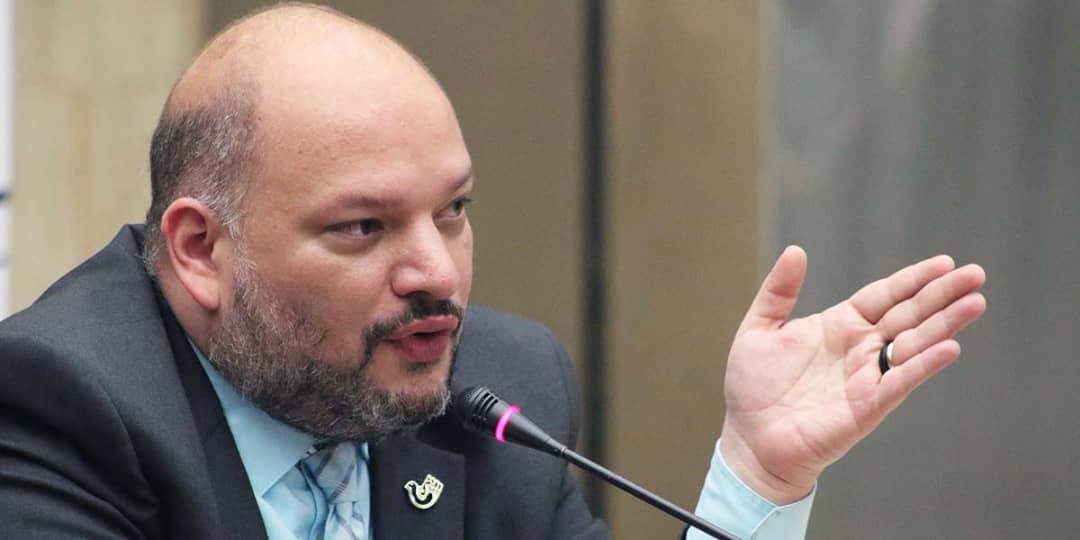 Vice Minister Carlos Ron: ‘If Trump were willing to help, he would offer a humanitarian license’

On Friday, April 3, Venezuelan Vice Minister for Foreign Affairs for North America Carlos Ron stressed that if the Trump’s government had the will to help Venezuelans, they would offer a temporary humanitarian license to bring back more than 800 Venezuelans who are stranded in the U.S. due to the COVID-19 contingency measures.

“It is up to you to lift sanctions and grant a temporary humanitarian license to bring back our fellow countrymen and women. If you had the will, you would do it. That’s the reality. Be constructive, not arrogant,” he posted on his Twitter account @CarlosJRonVe.

The diplomat delivered this statement in response to an offensive tweet posted by the virtual U.S. Embassy in Venezuela accusing legitimate and constitutional President Nicolás Maduro of not finding tangible and real solutions for the Venezuelan people and promoting suffering amid the sanitary situation.

Notwithstanding, in recent days, the United States became the country most affected by the COVID-19 pandemic with more than 200,000, a figure that indicates the inefficiency of the U.S. government and its healthcare system amid the outbreak, and the need of implementing social protection policies to benefit the most vulnerable sectors.

By late March this year, President Nicolás Maduro informed his government set up a Conviasa airline’s airplane to make a humanitarian flight, but the U.S. government refused to authorize permission. Conviasa, Venezuela’s state-run airline, was illegally sanctioned in 2018 by the U.S. government.

Furthermore, the U.S. government is still trying to force a regime change in Venezuela, threatening to impose a naval blockade on Venezuela and proposing the installment of a transition government.