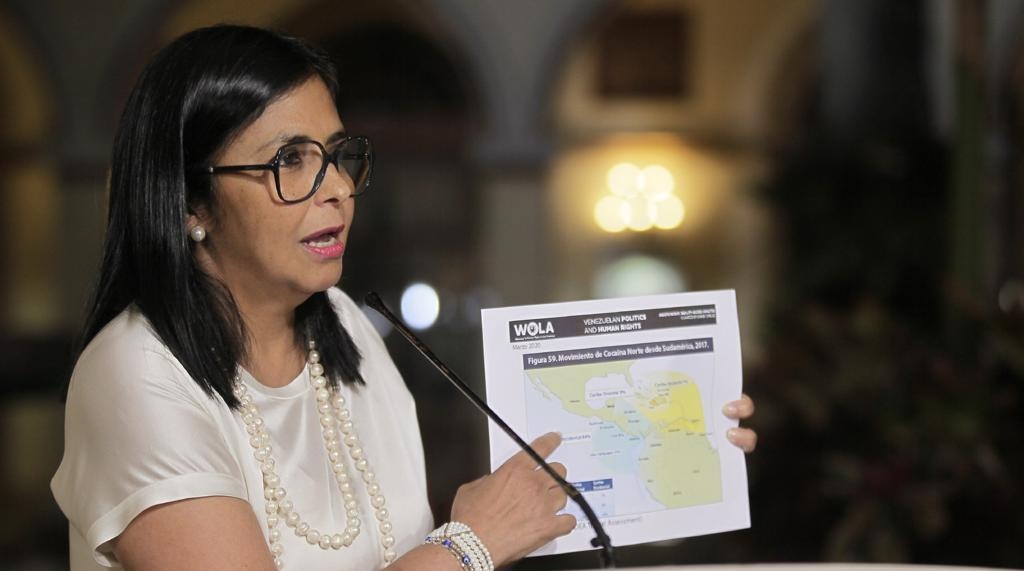 “President Nicolás Maduro has said that we are ready to establish the necessary coordination with Colombia and the United States to activate cooperation mechanisms to attack this problem (…) Venezuela is open to internationally and legally address this situation,” said Rodríguez at the Miraflores Presidential Palace.

Last Wednesday, the Venezuelan government issued a communiqué to strongly reject recent statements delivered by Donald Trump, his secretary of defense, attorney general and other U.S. officials aimed at creating a smear campaign and threatening the South American country.

Venezuela welcomes that the U.S. government is trying to take actions to protect its borders, which have been historically vulnerable to “the thousands of tons of drugs that annually enter that country from the drug trafficking industry that has developed in the territory of its ally and close partner, Colombia.”

It’s a well-known secret that “through the West Pacific, 84% of drugs enter the United States (…), the world’s top drug consuming country,” stressed Rodríguez, hinting that the threat of deploying their navy and Air Force in the Caribbean and the Pacific is nothing but an excuse to attack Venezuela.”

This is the “biggest hypocrisy of Trump’s government, which cowardly threatens the Venezuelan people when they announced the launch of an operation in the Caribbean to protect the U.S. people from drug trafficking,” concluded Rodríguez.