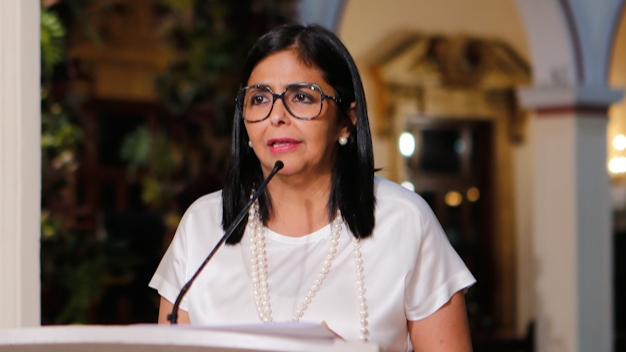 The Trump Administration turns its back on American workers in the face of unemployment increase amid the health crisis by Covid-19.

“The unemployment curve is identically exponential as that of the infected people doubling its numbers” said the Executive Vice-president of the Republic, Delcy Rodríguez, from the Presidential Command Post.

The assertion was made after highlighting that the contagion figures and the number of unemployment reported at the end of March are equalized exponentially.

“It means that, in addition to the terrible pandemic of the Covid-19, the policy turns it back on the workers of that country, where as the number of infected cases increases, unemployment increases as well” .

The US Department of Labor reported on March 28 that more than 6 million people began the process of requesting help, after being unemployed.

On the other hand, specialists in the US economy point out that the number of people without jobs could be even higher, so they don’t rule out that more than 10 million citizens have lost their jobs and have been unable to complete the request for support or formalize the claim.

This April 2, the data of people infected by the virus exceeded 243 thousand cases and the number of fatalities is above 5 thousand 700 deaths.

Report that “represents in a single country, 25% of the total number of infected cases in the world, as a result of indolence, the irrationality of the President of the United States who abandoned the American people”, said Rodríguez.

Venezuela prioritizes the protection of its people

As part of the socio-economic protection measures that the Bolivarian Government has implemented in the face of the health crisis facing the world, the President of the Bolivarian Republic of Venezuela, Nicolás Maduro, approved the allocation of economic bonds in favor of the people.

The information was given by the Executive Vice-president, Delcy Rodríguez, who from the Presidential Command Post also informed the authorization by the National President of the increase in the stipend of Hogares de la Patria.

The payment of these economic benefits will be granted through the Patria platform.