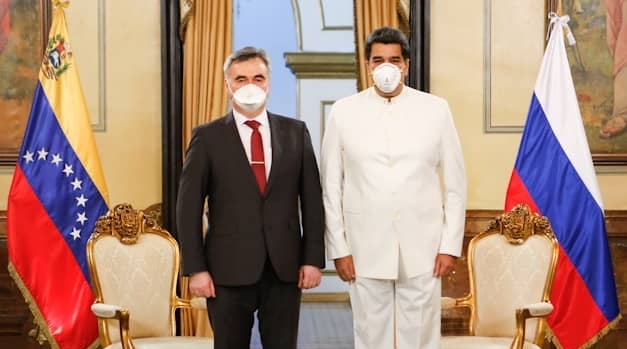 On Monday afternoon, the president of the Bolivarian Republic of Venezuela, Nicolás Maduro Moros, received the credentials of the Russian Federation ambassador, Sergey Melik-Bagdasarov, at a ceremony that took place at the Miraflores Palace.

The cooperation between Venezuela and Russia focuses on the areas of mining, oil, metalworking, telecommunications, food production, medicine, among others, with more than 260 signed agreements.

The Russian government, chaired by Vladimir Putin, has at all times expressed its rejection of any kind of foreign interference in Venezuela’s internal affairs.

The Bolivarian Republic of Venezuela and the Russian Federation continue to deepen bilateral cooperation relations framed in the Bolivarian Diplomacy of Peace and in the consolidation of the new multipolar and multicenter world for the self-determination of peoples in the face of capitalist systems.