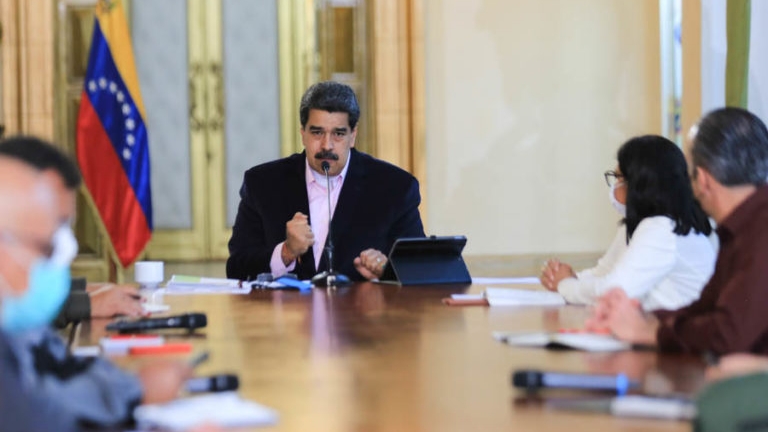 President Maduro to the Colombian oligarchy: Don’t mess with the people of Bolívar!

“Venezuela has plans for all scenarios and if one day Colombian imperialism and oligarchy dared to mess with us, prepare yourselves for the Bolivarian fury of a people that would devastate you all!”

The words correspond to the President of the Republic, Nicolás Maduro Moros, when referring to the plans that are erected from Colombian territory to assault power in Venezuela.

The President stressed that the truth has come to light and the complaints are confirmed – which the National Executive has been making for two years; after an interview published by the Colombian media W Radio, in which the head of the terrorist groups that train in Colombia, Cliver Alcalá Cordones, confessed to having coordinated “carrying weapons for a liberation of the country in a contract signed with (Juan) Guaidó and American officials”.

Nicolás Maduro assured that Venezuela wants peace, “we are democrats and we are willing to live together and respect each other”, nevertheless he emphasized that “we can do this the hard way, on our borders and beyond our borders. Colombian oligarchy, don’t mess with the people of Bolívar! We know how to fight with all forms of struggle”.

During a message to the Nation offered from the Miraflores Palace, the Head of State and Government affirmed that the people of Venezuela want peace, justice, democracy and freedom.

In this line, he ratified his call to all sectors of the opposition who want to talk about the Coronavirus pandemic, the care of the people and reach agreements based on the national interest.

“I want dialogue in whatever circumstances, today more than ever to reach an agreement and protect our country all together. Let’s put the differences aside, I will continue to insist despite the fact that you want to kill me”.