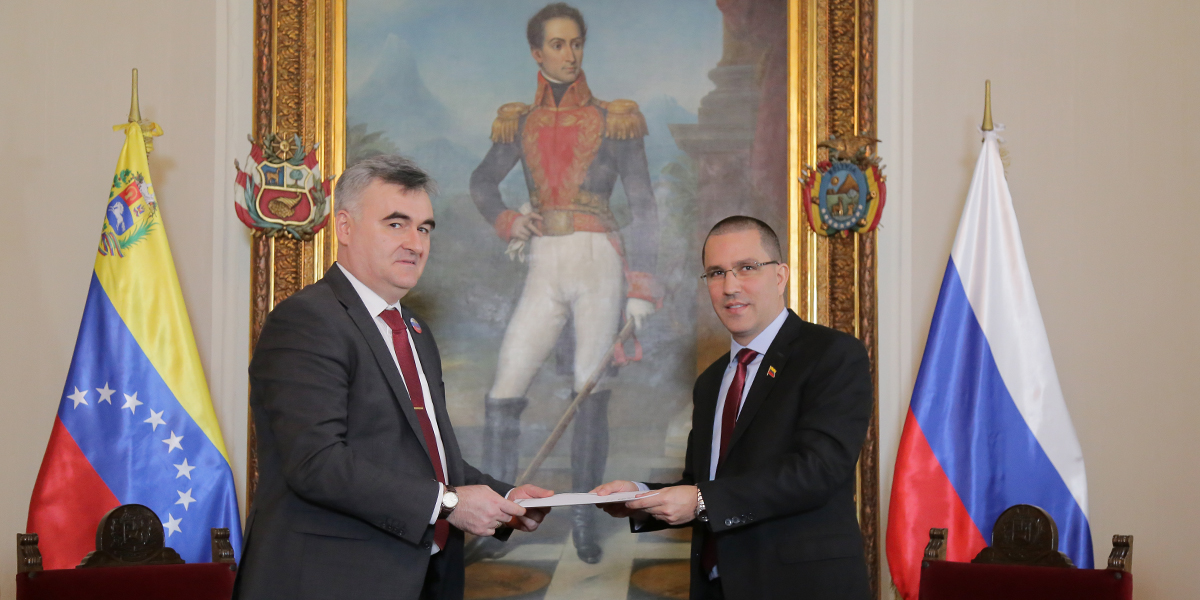 The newly appointed Ambassador of the Russian Federation to the Bolivarian Republic of Venezuela Sergúei Melik-Bagdasarov presented on Friday his letter of credence to the Minister of People’s Power for Foreign Affairs Jorge Arreaza as part of the diplomatic accreditation process.

At a ceremony held at the Casa Amarilla Antonio José de Sucre, headquarters of the Venezuelan Foreign Affairs Ministry, the diplomats ratified the willingness of both governments to strengthen and expand their strategic bilateral cooperation.

Foreign Affairs Minister Arreaza defined the Russian-Venezuelan relation as a strategic brotherhood, and thanked the Russian Federation for its gesture of cooperation with Venezuela in all fields.

“Even in the harshest times, we have expanded our cooperation. We have covered all areas and gone deeper into those in process. Let’s build a relation at the highest level,” said Arreaza.

The Russian diplomat reaffirmed his country’s will to strengthen and widen the Caracas-Moscow alliance, which rests on energy, financial and technical-military foundations, and is carried out by the Venezuela-Russia High Level Intergovernmental Commission.

After the letter of credence presentation ceremony, Foreign Affairs Minister Arreaza and Ambassador Melik-Bagdasarov visited a photo exhibition hosted at the headquarters of the Venezuelan Foreign Affairs Ministry on the occasion of the 75th anniversary of the Venezuela-Russia diplomatic relations, which have been strengthened in the last wo decades.