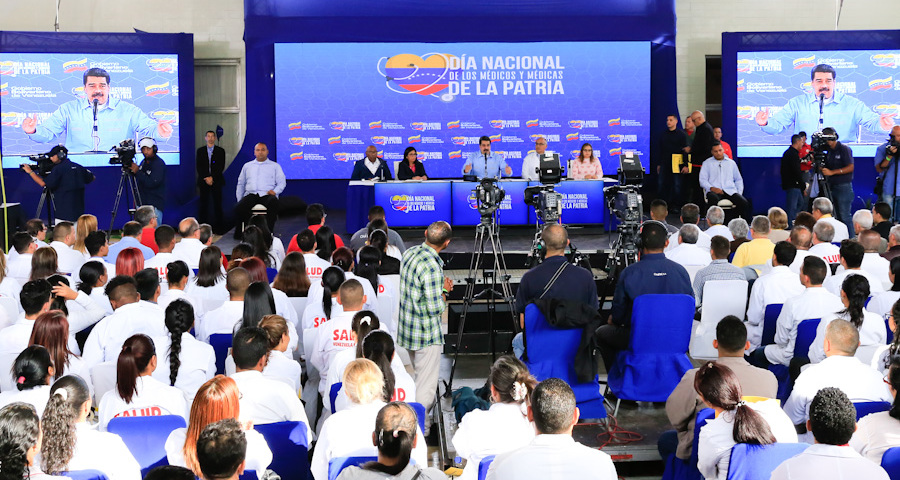 President Maduro: ‘Venezuela’s in peace because the people mobilize’

“Venezuela’s in peace because the people mobilize,” asserted on Tuesday the Head of State and Government of the Bolivarian Republic of Venezuela Nicolás Maduro when referring to the march called by the citizens of Caracas who demanded a halt to sabotage and terrorism in the country.

Today, the revolutionary people marched in Caracas to reject the ongoing aggressions imposed by the US government against Venezuela. The march headed from Morelos Square along a west-central Caracas avenue to the Constituent National Assembly (ANC), a space where the Venezuelan people demanded peace and showed their complete support for the government led by President Maduro.

“Today has been a busy day. On a political level, it’s been a good day. I’m impressed by how our people mobilized today. More than 600,000 Caracas citizens took out to the streets to state: We want peace; we want a Homeland. Enough of criminal sanctions! Enough of sabotage and terrorism!” stressed the Venezuelan president.

Maduro thanked the Venezuelan people for their support in times of aggressions and threats that affect the good living of all Venezuelans.