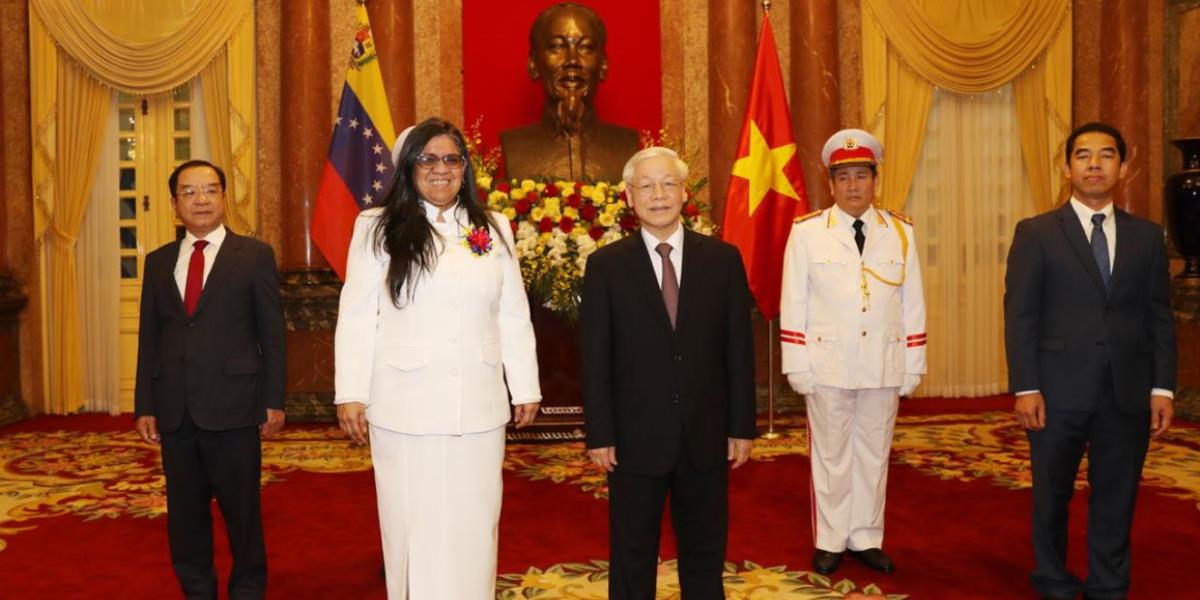 The diplomat Tatiana Pugh Moreno presented to President Nguyễn Phú Trọng the credentials that accredit her as Ambassador of the Bolivarian Republic of Venezuela to the Socialist Republic of Vietnam.

At the protocol ceremony held at the Presidential Palace in Hanoi, the Ambassador transmitted to President Nguyễn Phú Trọng the message of his counterpart from the Bolivarian Republic of Venezuela, Nicolás Maduro, to maintain and further strengthen the fraternal and solidarity relations of friendship between Both countries.

The Ambassador transferred to the president the will of the government and the Venezuelan people to strengthen even more the historical ties of friendship and cooperation that have united Venezuela and Vietnam for 30 years, while recognizing the mutual solidarity between both parties, governments and villages.

For his part, the president of the Socialist Republic of Vietnam, Nguyễn Phú Trọng reaffirmed the special ties of brotherhood that unite both nations, the will to keep working for peace, continue to strengthen economic and commercial ties and “achieve that common goals that bring our peoples and governments together”. He also thanked the support he has received from the multilateral organizations in Venezuela and wished the Ambassador the best of luck in her mission in the country.

At the end of the ceremony, Ambassador Pugh Moreno also pointed out that, faithful to the principles of Venezuelan foreign policy, the government of President Nicolás Maduro will continue to unrestrictedly support the peace of the peoples, the right to their self-determination, the peaceful solution of conflicts, respect for justice and international law.