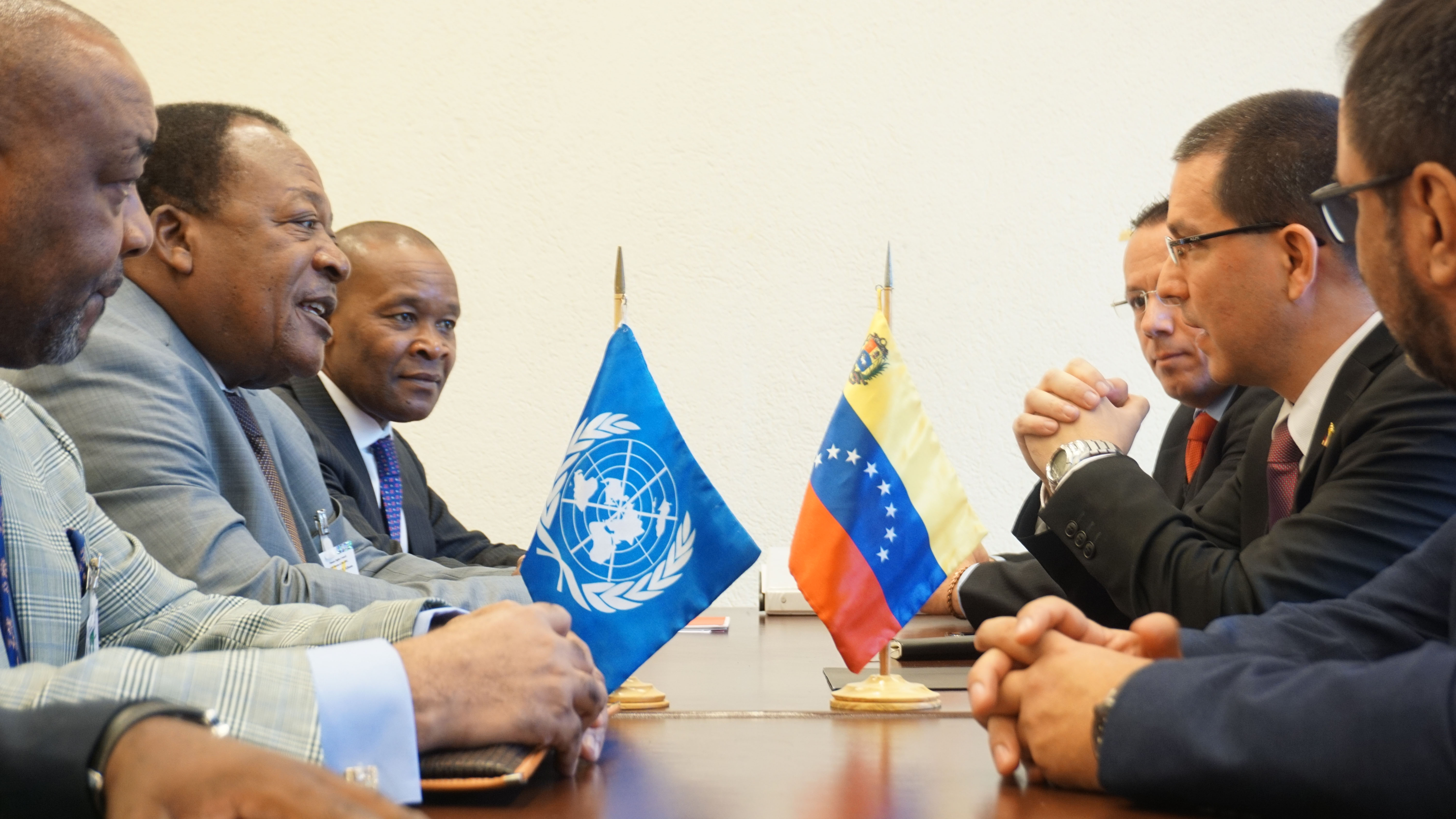 In order to strengthen ties of friendship and cooperation between the two countries, the People’s Power Minister for Foreign Relations, Jorge Arreaza, held a bilateral meeting Tuesday with Alfonso Nsue Mokuy, third deputy prime minister of the government in charge of Human Rights of Guinea Equatorial.

The meeting took place in Geneva, Switzerland, in the context of the 43rd Regular Session of the Human Rights Council of the United Nations Organization, which runs from February 24 to March 20, 2020, and in which the Venezuelan Foreign Minister reiterated the complaint about the resurgence of unilateral coercive measures imposed by the United States government and the inaction of the multilateral human rights system in this regard.

The Vice-ministers for Multilateral Issues, Alexander Yánez and for Europe, Yván Gil, accompanied the Venezuelan diplomat in the meeting with Alfonso Nsue Mokuy and other members of his delegation.

Venezuela and Equatorial Guinea maintain close cooperation in important strategic sectors, such as gas, electricity, education and tourism, among others.

Earlier this month, the Vice-president of the African nation, Teodoro Nguema, expressed his opinion on Venezuela’s political landscape and established cooperation and friendship ties, which have contributed to the welfare of both nations, during an interview for the Russian news agency, Sputnik World. He stressed that they have continued to work closely on the issue of Venezuela and the importance of continuing to strengthen this relationship.

Also, at the end of November 2019, in the framework of the V Summit of the Gas Exporting Countries Forum, held in Equatorial Guinea, the Vice-minister for Africa, Yuri Pimentel, announced that both nations plan to strengthen their tourism relations. “We have a quite advanced tourism agreement. There is enormous potential that we can complement between both countries”, he said.