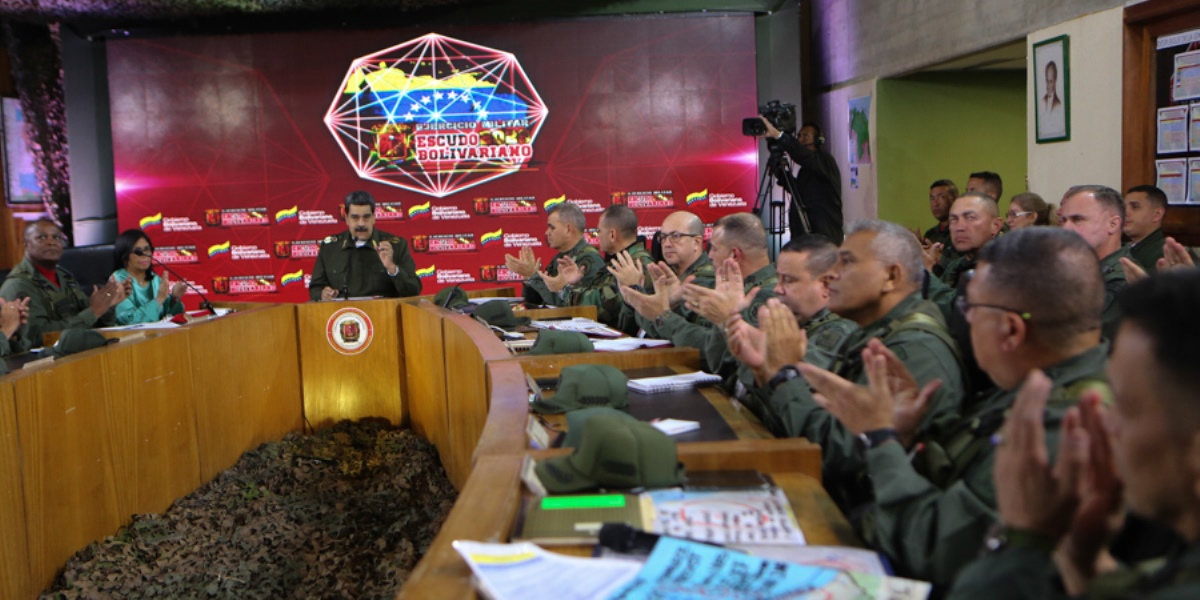 “From now on we will not notify the day but hours before the leaders of the Redi and Zodi will be oriented, they will receive the operation order to activate all the military, militia and police forces in exercises that can start in the early hours of the morning”, Expressed from the headquarters of the People’s Power Ministry for Defense, in Fuerte Tiuna, Caracas, leading the meeting with the head of this office, GJ. Vladimir Padrino López; the Operational Strategic Commander, AJ. Remigio Ceballos and the High Military Command.

In this way, the exercises will be carried out in a surprising and timely manner, officers of the Military High Command will report on their execution to the people.

“That will be permanent to have the happiness of peace”, said the president, also stressing that Venezuela is a country where “we do not want war, we do not want violence, we do not want terrorism but we are not afraid of military combat”.

He encouraged the combatants men and women that make up the military ranks and urged to maintain “maximum combative morals, obedience, subordination (…) maximum integration of all the country’s defensive capacity” and make Venezuela an impregnable territory.

In his capacity as Commander-in-Chief of the Bolivarian National Armed Forces, President Maduro acknowledged and expressed deep admiration for the defense capacity shown by the military institution.

The history of Venezuela describes how brave, heroic and patriotic were the men and women who fought alongside Father and Liberator of the Homeland, Simón Bolívar, such as Antonio José de Sucre, Francisco de Miranda, among others.

“Venezuela has never had such a powerful military force in its patriotism, its morale and in its armed capacity to defend the territory. Only at the time of the liberators”, said the head of state.