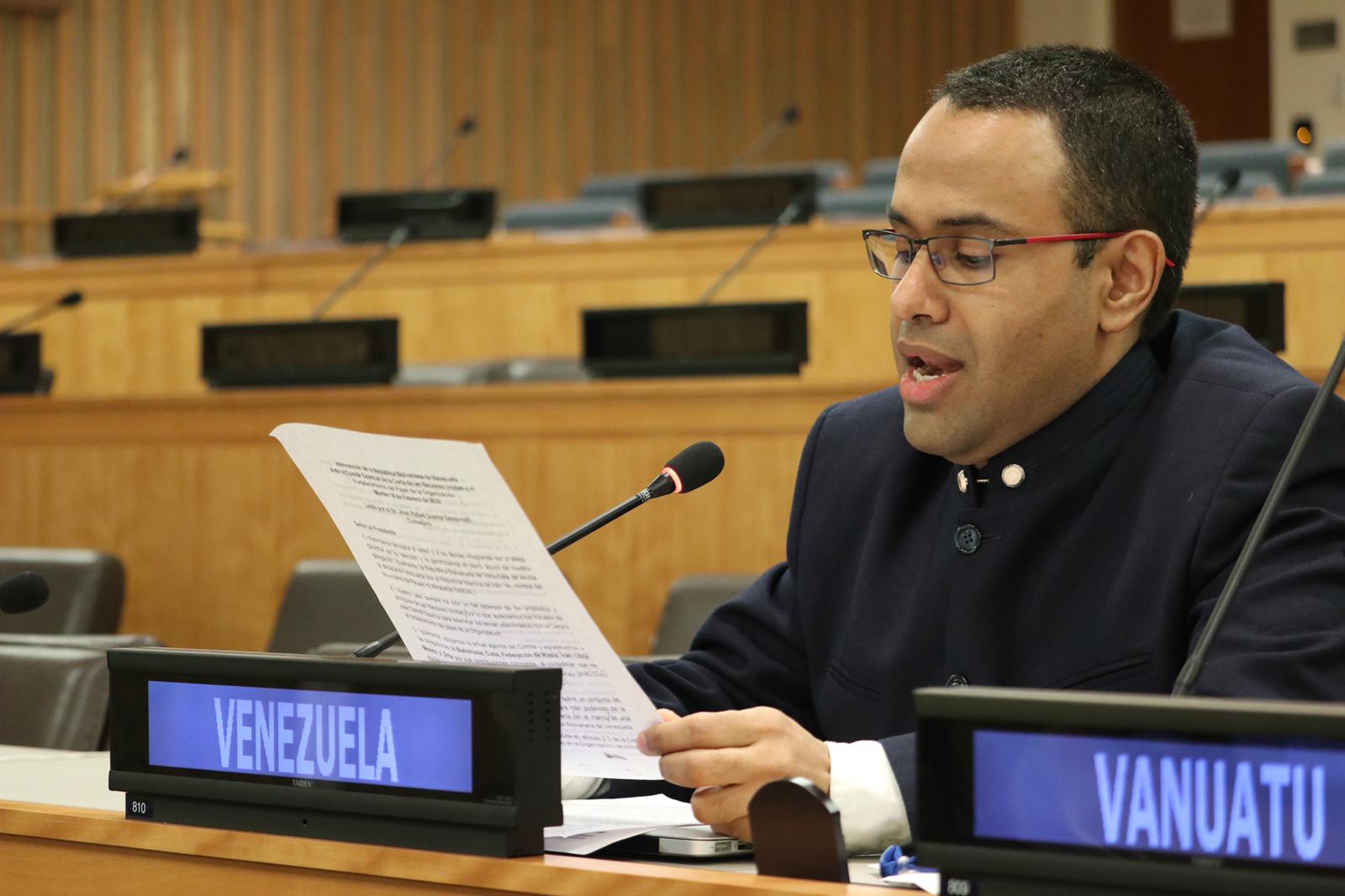 During the meeting of the Special Committee of the Charter of the United Nations to discuss issues related to strengthening the role of the Organization, the Bolivarian Republic of Venezuela took the opportunity to denounce the systematic threats of the use of force by the United States government against the Bolívar Homeland, and with it the breach of its international obligations.

The Venezuelan diplomat, Jhon Guerra, said that the actions of the US government affect the validity of the UN Charter and contravenes the provisions of Article 2.7 of the Charter, by meddling in the internal affairs of the country, and in support of political forces opposed to the legitimate and constitutional government of Venezuela, which seek to achieve power outside the law.

Likewise, the 55 military incursions made by the US aviation in the Venezuelan airspace, and the recent incursions of ships into the territorial waters of Venezuela to carry out activities prohibited by International Law were denounced.

Given the delicate situation, the Bolivarian Republic of Venezuela denounced the claims of the administration of Donald Trump, who through a propaganda campaign based on manufactured evidence and a militaristic narrative, aims to promote the use of force against the Bolivarian people, and the application of the Rio Pact of 1947, of which the Venezuelan State is not part.

“Just as it manipulates a regional treaty, in the same way, the most powerful nation in the Organization seeks to justify military aggression through the improper application of article 51 of the Charter that establishes the immanent right to self-defense, through an illegal military attack, already announced against Venezuela (…) It is unacceptable that the right to self-defense is distorted to the point of transforming it into its legal opposite, that is, an excuse for aggression against other states”, said the diplomat in his intervention.

The Bolivarian Republic of Venezuela warned to the UN that the threat of an armed attack by the United States government increases its possibility when a senior official declared that his government is about to unilaterally designate our country as a State sponsoring terrorism.