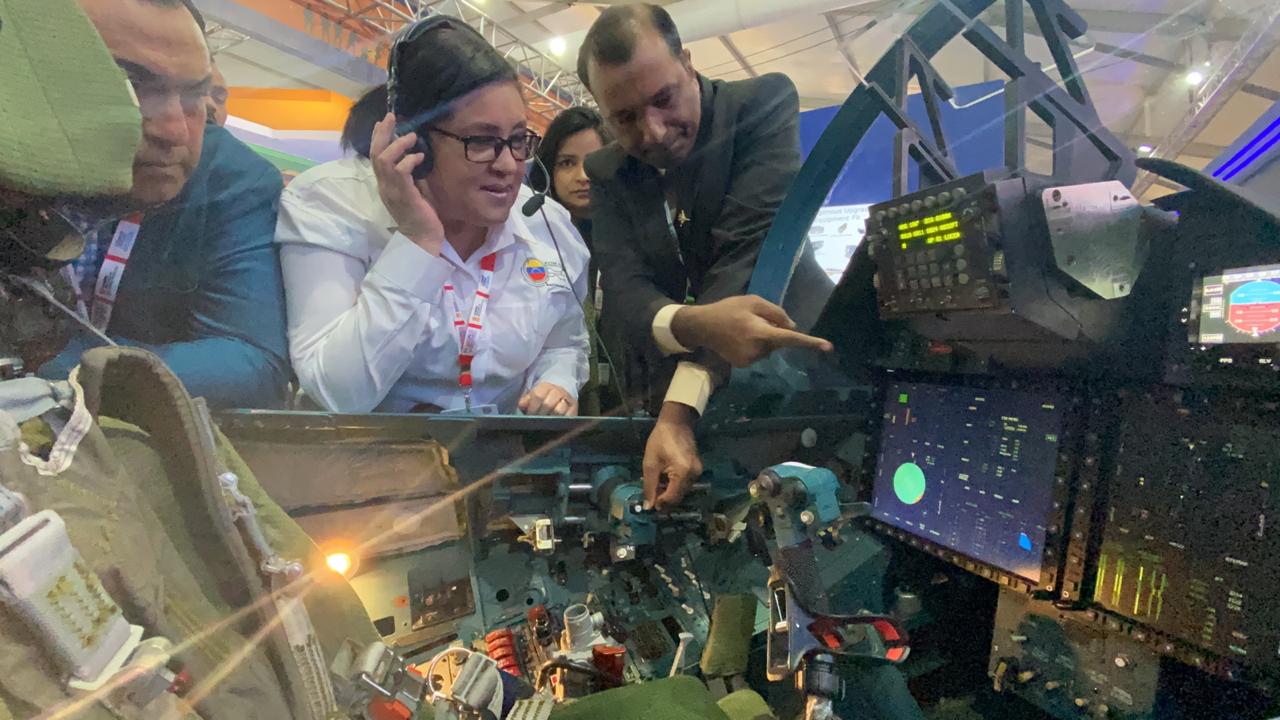 Venezuela attends as a guest at the ExpoDefensa 2020 in India.

With the objective of exchanging experiences, establishing possible strategic alliances, knowing the most innovative technology projects defined in the military area, a Delegation of the Bolivarian National Armed Forces (FANB) was in the city of Lucknow, India, to participate at the ExpoDefensa 2020.

The Venezuelan delegation formed by the mayor general, Gloria Castillo, Vice-minister for Planning and Development for Defense and the division general, James Solís Martínez, Joint Director of Strategic Planning of the Operational Strategic Command (CEOFANB) of the Bolivarian National Armed Forces (FANB) ), have visited each space of the 2020 Defense Exhibition, which was held in the city of Uttar Pradesh, Lucknow, India, with the objective of consolidating the Military Industrial Engine.

During their participation they interacted with different international delegations and companies that had their projects, advances in scientific research with the latest technology applied in the military area. Likewise the first exploratory contacts were made to establish further alliances that could continue to strengthen the development plans of FANB.

With the participation of more than 50 official delegations and more than a thousand national and international exhibitors, the city of Lucknow, state of Uttar Pradesh in India, became the epicenter to boost strategies in equipment, development of security projects and military defense.

A space for the exchange of knowledge and scientific research with various conferences and workshops was also opened.

Ambassador Coromoto Godoy Calderón, thanked on behalf of President Nicolás Maduro, the government of India for the invitation and reception to the Venezuelan delegation.

This space leaves an open range of options to consolidate alliances and projects that will allow to boost the military industrial engine.

During the development of the 2020 Defense Exhibition, demonstrations are shown in the open field including military ground and air maneuvers, as well as the exposure of land units, prototypes of vehicles that have been affected with the latest technologies in The military field.