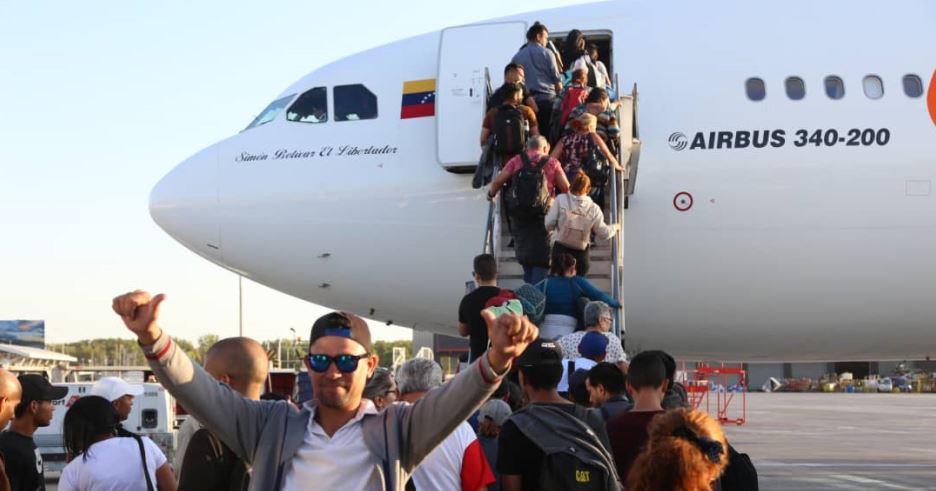 The Venezuelan Consortium of Aeronautical Industries and Air Services (Conviasa) announced Monday that despite the arbitrary sanction imposed by the US Department of the Treasury, it will continue to operate normally.

In a statement published on its Twitter account @LAConviasa, the airline reiterated that it will fulfill the commitment made with the 6,313 passengers who bought their tickets to international destinations, during the month of February.

Similarly, he indicated that operations will be maintained in its 28 national and 10 international connections.

«The 6,313 passengers who purchased their tickets to international destinations during the month of February will travel without any setback on the dates and frequencies indicated. Knowing that since 2018 the state airline has been overcoming the blockade imposed by the US government, thus achieving the timely execution of all its operations and even the opening of new international destinations”, says the text.

Likewise, he points out that the 2,102 workers of Conviasa reject “this aggression that aims to hit one of the strongest companies in the country and together with the National Executive we will raise the complaint before international instances”.

He also confirmed that he will continue with the humanitarian aid plans carried out by the Bolivarian Government, such as the Plan Vuelta a la Patria, Mision Milagro and cooperation flights between brother countries.

It is imperative for the consortium to continue the expansion, cross new skies and explore other destinations to connect Venezuela with countries in Europe, Africa, South America and the Middle East.

Last Friday, the United States Department of the Treasury reported that the Office of Foreign Assets Control (OFAC) included 40 Conviasa aircraft in the list of specially designated nationals and blocked persons (SDN), an action that Attempts against international air transport treaties.