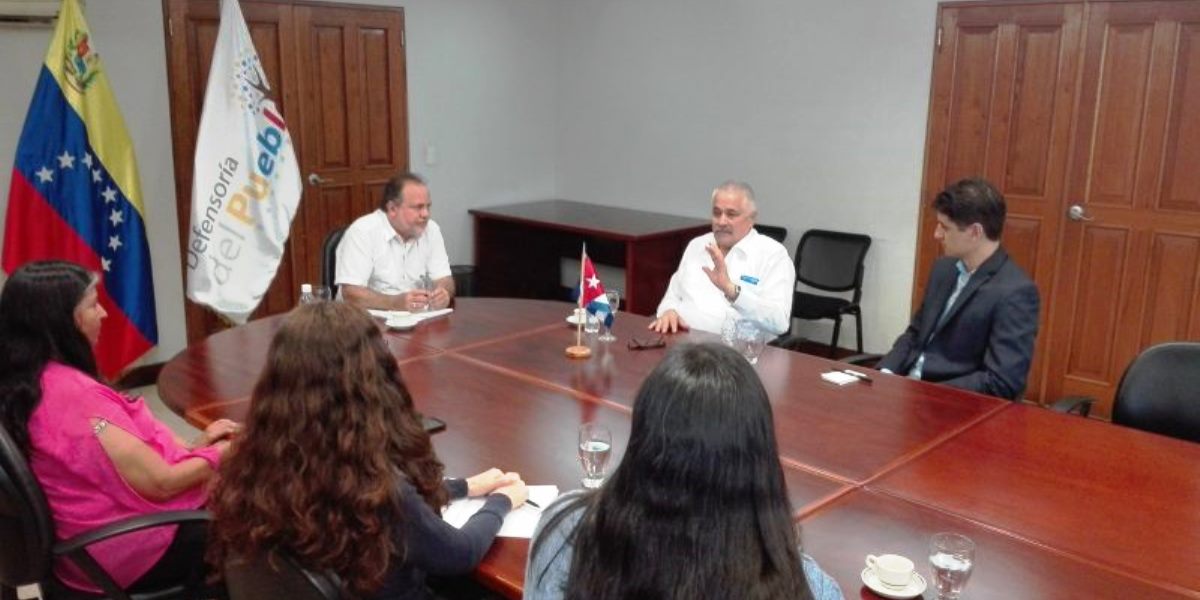 In order to keep strengthening the union between Venezuela and Cuba, the Ombudsman, Alfredo Ruiz, held on Thursday a meeting with the ambassador of the Republic of Cuba in the country, Dagoberto Rodríguez Barrera.

The information was released through the official Twitter account of the agency @Defensoria_Vzla, in which they informed that both authorities agreed to exchange in the field of Human Rights.

The relations between Cuba and Venezuela date from 1962, but with the arrival of Revolutionary leader Hugo Chávez in 1999 the bilateral relationship had improved significantly, thus forming an important alliance with Cuban President Fidel Castro and a commercial and brotherhood relationship with Cuba.

Since then, the Cuba-Venezuela Intergovernmental Commission has signed a total of 1,400 agreements on health, sports, education, culture, energy, telecommunications, economics and agriculture.