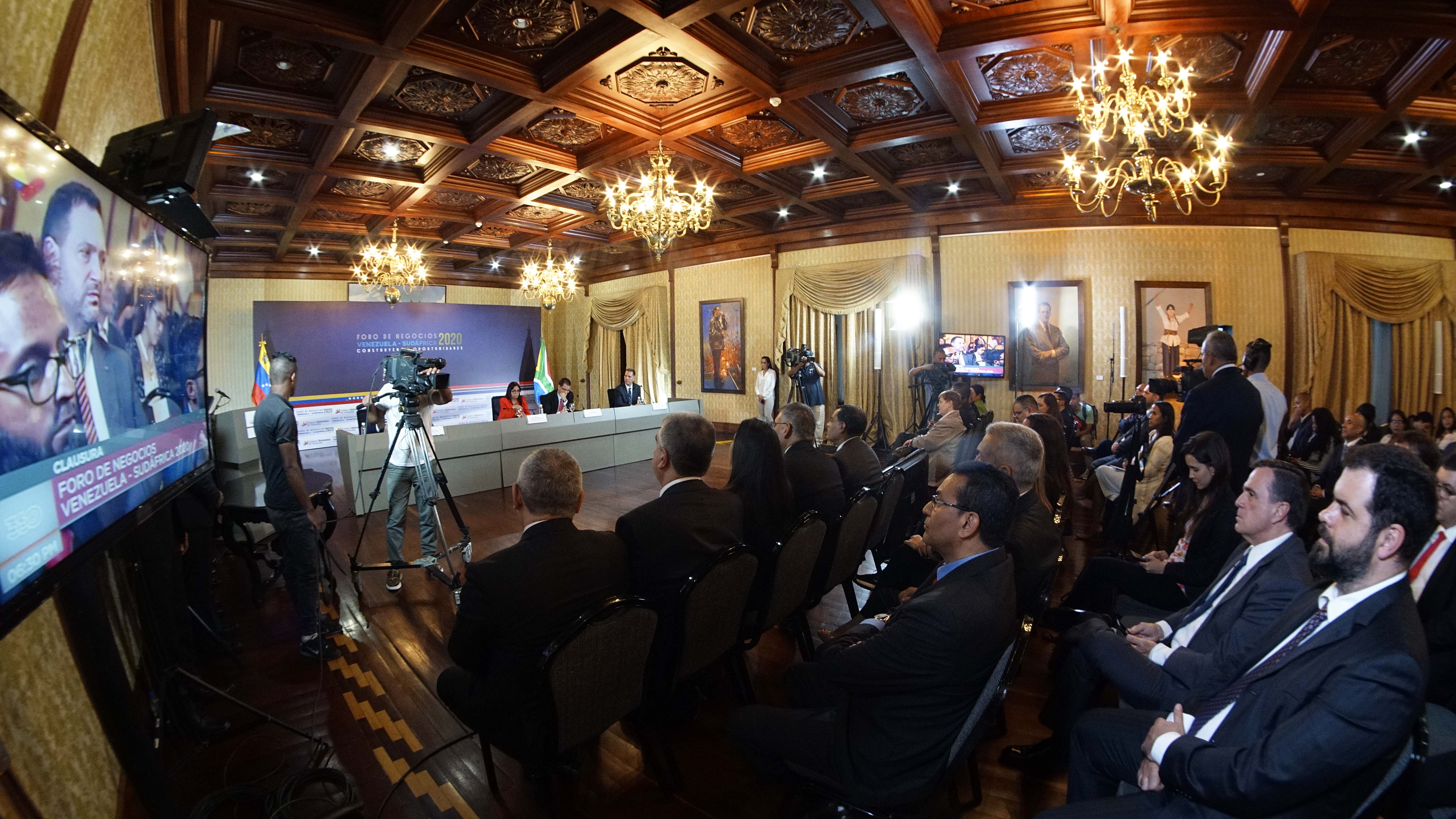 The Venezuela-South Africa 2020 Business Forum concluded on Friday at the Casa Amarilla with the signing of important trade and investment agreements between the Bolivarian Republic of Venezuela and the Republic of South Africa.

For three consecutive days, public and private institutions and companies from both countries met in Caracas to evaluate business opportunities in different areas.

During the closing ceremony, the Executive Vice-president of the Republic, Delcy Rodriguez, indicated that the agreements reached between Venezuela and South Africa are an achievement of the Bolivarian Diplomacy of Peace and Development.

“It is necessary that the world knows that in Venezuela there is a political, economic and regulatory framework and that they can invest with confidence, this is a safe country for international investment. Yes you can have safe investments in Venezuela”, she said.

For his part, the Foreign Minister of the Bolivarian Republic of Venezuela, Jorge Arreaza, offered a balance of the productive day:

In the coffee and cocoa sector, explained the Minister, it was agreed to work on the international certification of Venezuelan grain to be presented to the companies that make up the South African business group that requested the immediate purchase of 200 tons of Venezuelan coffee.

He also informed that proposals for the purchase of surgical medical material produced in South Africa were evaluated, “which can be very useful for the Venezuelan health sector amid the economic siege imposed on the country by the United States government”.

In mining matters, he highlighted the interest of South African companies in projects for the exploration and exploitation of gold, diamond, bauxite nickel, iron and coltan.

“The idea is to move towards a strategic alliance of mutual benefit, of shared profit, and break with traditional schemes, and that we both countries can, in our alliance, break even more the old neo-colonial dominations of our economies”, he said.

The Foreign Minister also recalled the visit made to the National Superintendence of Cryptoactives and Related Activities (Sunacrip), where investors were able to verify the benefits and technological advances of Petro, the first cryptoactive backed by the State and the wealth of the region.

Collaboration agreement between the Chamber of Commerce Venezuela South Africa (Vensa) and the Federation of Chambers and Associations of Artisans, Micros, Small and Medium Industries and Companies of Venezuela (Fedeindustria).

Letter of intent between the People’s Power Ministry for Ecological Mining Development of the Bolivarian Republic of Venezuela and the Aquaworx company of the Republic of South Africa for mining cooperation.

Letter of Intent between the People’s Power Ministry for Ecological Mining Development of the Bolivarian Republic of Venezuela and the Eqol company of the Republic of South Africa for cooperation in mining. 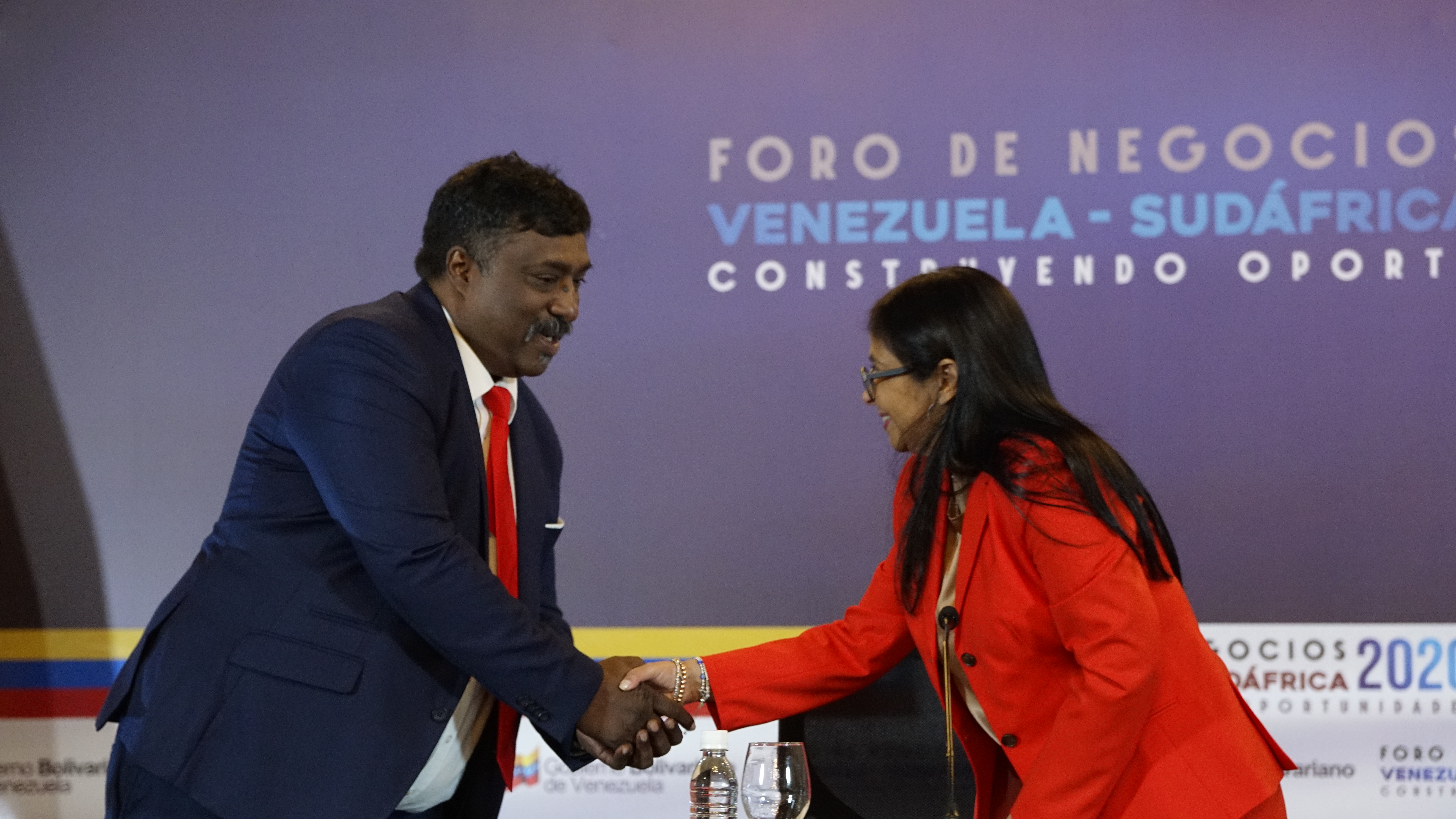