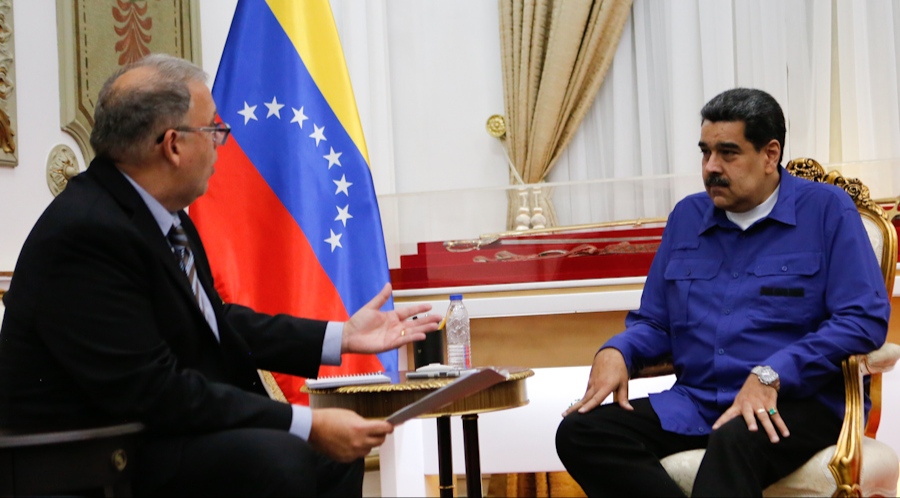 President Maduro: Naval blockade against Venezuela would harm Latin America and the Caribbean

A naval blockade against Venezuela “would be detrimental to all the interests of the governments and countries that are part of this Caribbean community”.

This was the pronouncement made by the president of the Bolivarian Republic of Venezuela, Nicolás Maduro Moros, before Washington’s threats to impose a naval blockade on the country.

“It is not convenient for anyone and less of all for the United States (…) it would generate even more tension throughout the Caribbean region”, said the President during an exclusive interview with the American newspaper The Washington Post.

The measure would be added to the financial and commercial blockade imposed by the US government that aims to fracture not only the Venezuelan economy, but the development of the South American nation until the government, legitimately constituted by the will of the people, is defeated.

In August 2019, U.S. President Donald Trump raised the idea of ​​the naval blockade for a period of approximately one year, according to the American digital news portal Axios.

“He literally said that we should take out the ships and make a naval embargo. Prevent everything from entering” said one of the sources consulted by the digital portal, who heard the pronouncement of the head of the White House.

For his part, President Maduro called on the United Nations Organization (UN) to demand the cessation of the blockade that seeks to suffocate the Venezuelan people.