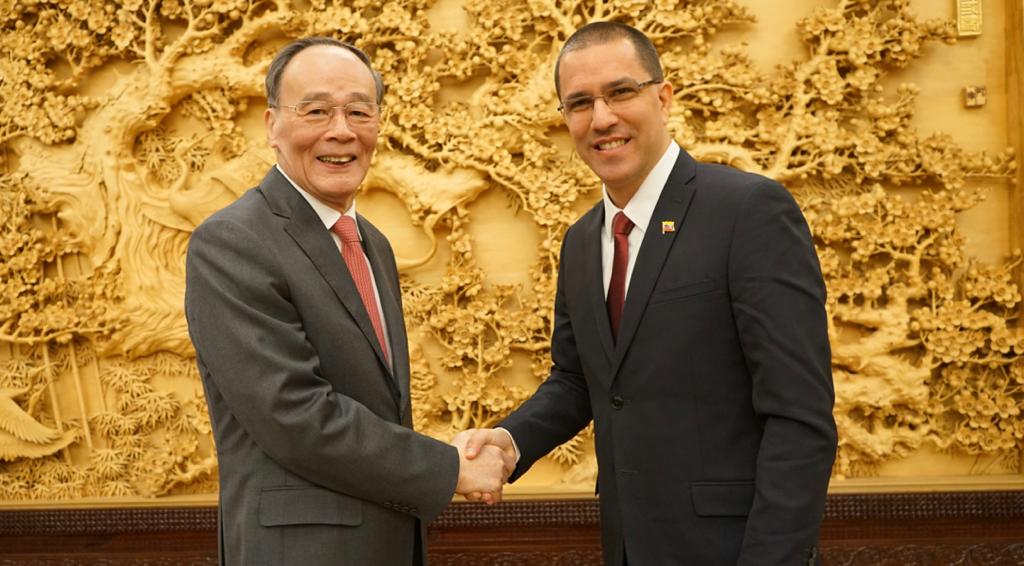 In the framework of the official and work visit to the People’s Republic of China, this Thursday the People’s Power Minister for Foreign Relations, Jorge Arreaza, met with the Vice-president of the Asian nation, Wang Qishan.

During the meeting, both parties discussed the progress and possible challenges posed by the Strategic Partnership between China and Venezuela, and also carried out a review of the bilateral relations held by their governments.

The meeting allowed them to remember the historical origins of China and Venezuela and the ability of both nations to avoid foreign domination over the years.

“The development of the relationship with Venezuela has been exponential since 2001, surpassing 500 joint projects, binational funds, energy production and in the most diverse areas of our economies, in addition we particularly want to thank the government of the People’s Republic of China for always being on the side of respect for the sovereignty of Venezuela … we always take as a reference the role of peace it has in the world”, said the Venezuelan Foreign Minister.

It should be noted that this is the first official visit that the government receives from President Xi Jinping in the year 2020.

In September 2018, the Executive Vice-president of the Republic, Delcy Rodriguez, who had arrived in China to fulfill important commitments with political and financial authorities in this country, also held a bilateral meeting with her counterpart Wang Qishan.

“China and Venezuela will continue together in the construction of a multipolar world, without imperial hegemonies and in favor of world peace”, said the Vice-president on that occasion.

During that day, the Venezuelan Vice-president also met with the Executive President of the Development Bank of China (BDC), Zheng Jizhe.

The Minister of Petroleum and president of PDVSA, Manuel Quevedo; the Minister of Economy and Finance Simón Zerpa and the superintendent of Cryptoactives and Related Activities, Joselit Ramírez, also participated.

Also in 2018, Foreign Minister Jorge Arreaza highlighted the achievements and results obtained at the XVI Meeting of the China-Venezuela High Level Commission (CMAN), which culminated in the signing of 28 agreements in order to strengthen the energy and economic sector of both nations. 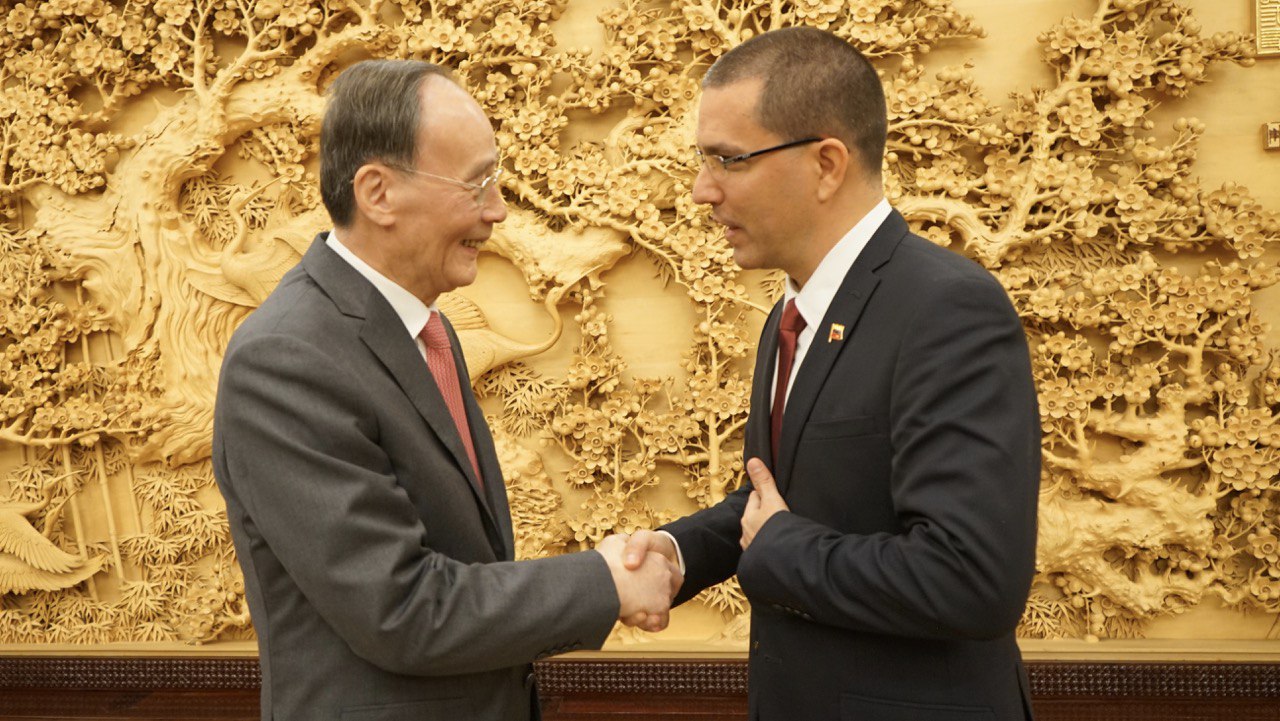