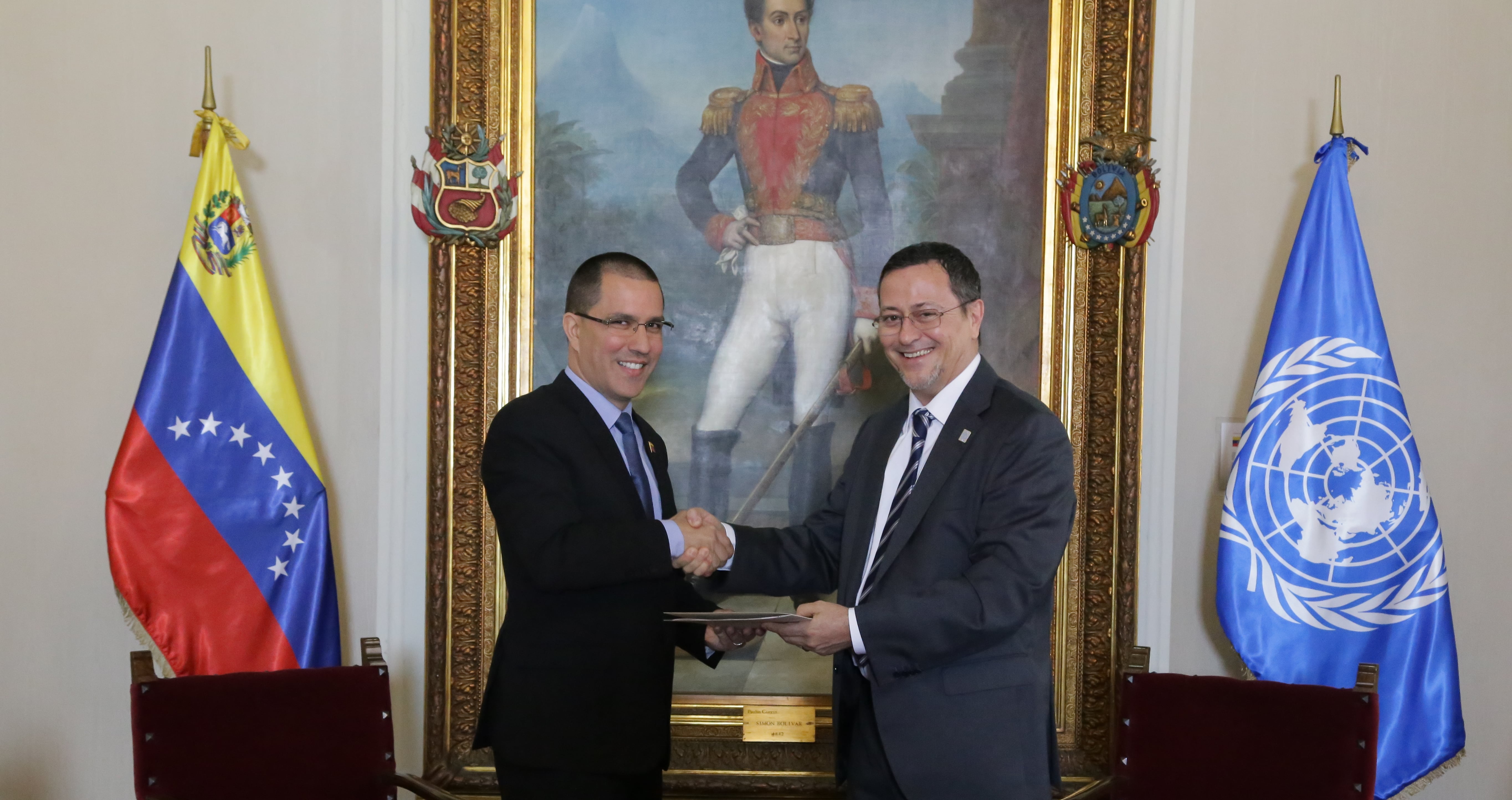 In the Casa Amarilla Antonio Jose de Sucre, the People’s Power Minister for Foreign Relations, Jorge Arreaza, received the accreditation of the new head of mission designated by the International Organization for Migration (IOM) for his office in Caracas, Jorge Antonio Vallés Ramos.

The new Head of Mission has also served as IOM Deputy Regional Technical Coordinator in Panama.

Last September, the Vice-minister for Multilateral Issues of the People’s Power Ministry for Foreign Relations, Alexander Yánez, during the 42nd Session of the United Nations Human Rights Council, met in Geneva with the Director General of the IOM, Antonio Vitorino.

The meeting allowed the evaluation of possible cooperation mechanisms between the Venezuelan State and the intergovernmental organization.

Recently, the achievements made by the National System of Follow-up to International Human Rights Instruments, ratified by the Bolivarian Republic of Venezuela, were announced to different public institutions.

The activity was attended by representatives of the United Nations Office for the Coordination of Humanitarian Affairs (OCHA), the United Nations High Commissioner for Refugees (UNHCR) and the International Organization for Migration (IOM).